Samsung Galaxy S3 release for US & images of Verizon model

Early last month Samsung officially revealed for the first time its latest Galaxy smartphone, which was released in certain regions across the world last week. Meanwhile consumers in the US were left wondering when they will see the handset, but Samsung has now confirmed the release of the handset in the US, and some images of the Verizon version have emerged.

We have already told you about the release date for Canada and it was believed at the time the handset would be hitting the US around the same time, and as the Android Community are reporting Samsung has revealed that all four of the big carriers in the US will be providing the handset, and also regional network US Cellular will be stocking the device.

The handset will begin launching this month with pricing starting at $199.99 with a new contract, but precise dates and prices will be revealed by the individual carriers in the next few weeks. It didn’t take long before Sprint announced a special event it will hold to reveal the device, as according to Android Spin it has opened up a registration for an event in Boston on June 12th next week. The event will begin at 6:00 PM eastern time and for those of you that want to go head over to the registration page here.

Meanwhile an article over at the Android Police has a number of images that are claimed to be the Verizon version of the Galaxy S3. In the images the Verizon logo is found on the back of the handset instead of the front, and the carrier’s signature 4G LTE logo in the notification area, and it seems that the handset will look physically the same across all the carriers. AT&T has already put a page up for customers to register their interest for the Galaxy S3 and it will only be a matter of time before all the carriers are releasing more details about the handsets availability. Update: T-Mobile and Sprint will be launching the handset on June 21st.

Are you planning on getting the Samsung Galaxy S3? 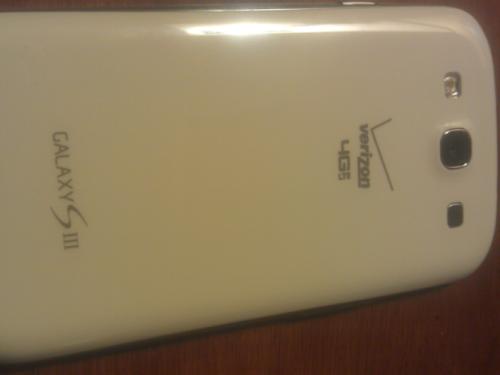