At Apple’s WWDC 2012 keynote yesterday we finally heard many more details about the upcoming iOS 6 release in the fall, including improvements to the Siri voice feature. We have already told how the Galaxy S3 (S III) has its own version of Siri, known as S-Voice and so now we want to take a look at Samsung S-Voice vs. iOS 6 Siri in a bid to see which assistant choice is the best.

When Siri came to the iPhone 4S last year it was initially hugely popular but it’s fair to say that many of us found it lacking, especially if not in the US. We had been hoping then for major improvements to Siri with iOS 6 and the Siri update certainly seems to mean business and will be available for the iPhone 5. The Galaxy S3 is already available in many regions, although not in the US yet, so many people are also having the chance to get used to its S-Voice feature, so how do they compare?

The Siri improvements in iOS 6 include the ability to launch apps, perform Twitter and Facebook updates with voice activation and also other delights such as being able to ask for sports results and movie times. Earlier today we wrote about the new Apple Maps app and how Siri can now also be used with this. For instance you can ask where the nearest gas station is or the closest shopping mall and you’ll now receive turn-by-turn navigation instructions for how to get there. Siri can also answer how much longer is left of your trip if you ask “are we there yet?”

Other enhancements of Siri in iOS 6 as detailed by Cnet include API’s for developers enabling them to communicate with Siri in the iOS 6 beta and another aspect is that Apple will be working with car manufacturers such as Audi, BMW, GM, Honda, Mercedes and Toyota in a bid to bring Siri direct to the steering wheels of autos, starting within the next year.

Samsung’s S-Voice on the other hand has some unique features such as the voice assistant being able to wake the GS3 simply with your voice and also unlocking the device with voice recognition and also face detection. S-Voice already has the ability to launch apps and has turn-by-turn navigation so is ahead of Siri until iOS 6 in that respect. Other highlights of S-Voice include the ability to voice dial, compose a memo, schedule tasks, search contacts, take photos, answer calls, search the Web, and tweet, all with the voice, as well as sending emails and texts, adjusting the volume and more. Thus S-Voice is definitely not to be sniffed at.

So which is best? Cnet compares the two services closely and gives Apple the advantage in the long-term. The site tested the two with 15 commands and found that S-Voice won out with only one of them. Three other advantages were also outlined. Firstly it was pointed out that Apple’s Siri is further down the road of development. Secondly Apple’s entire iOS was seen as a big plus with many devices now being able to use Siri whereas for now the only device using S-Voice is the Galaxy S3, although it will of course be coming to other devices.

Thirdly, another advantage for Apple’s Siri it that it “just seems to work better,” appearing to be quicker and more accurate. Ultimately then S-Voice has some great ideas so far missing on Siri, but with iOS 6 arriving in the fall the longer-term best option is seen as Siri. We’re interested to hear what you think about this though. Have you tried both Siri and S-Voice and if so which do you find better at the moment? Which do you think is the better long-term bet? Let us know with your comments. 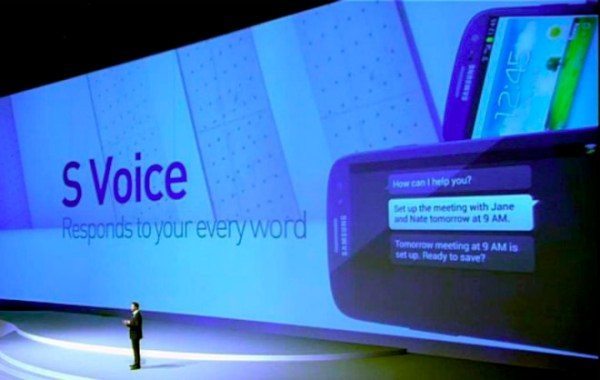 5 thoughts on “Samsung S-Voice vs iOS 6 Siri, your assistant choice”