Smartphone users are spoilt for choice when it comes to choosing various applications, whether its apps to help us with our everyday lives or fun games, picking the ones that are worth the time and money downloading can be difficult, and the team on Phones Review try and keep our readers up to date with all the big releases. Today we can tell you that Microsoft shows some Android love by releasing the Kinectimals game.

Microsoft has been busy on the Android platform this week as earlier the company released the My Xbox Live application to Google Play, and now as an article over at the Android Community is reporting Microsoft has released its first Android game so far, titled Kinectimals. This fun little game has been available on both the iOS and Windows Phone 7 platforms for quite a while now, and it is now available to Android users.

The popular kids game available for Android smartphones and tablets works on both Android in standalone mode, and also as the Xbox 360 companion mode where users get the chance to unlock five new cubs. Your kids will love playing with the cute and cuddly animals on an Android device with many adults also giving the game the thumbs up as well.

The game is great for kids and animal lovers alike and allows you to have a virtual pet or two, and while Microsoft has been busy working on Windows 8 it is nice to see the company still find time to make some of their apps available to all the Android users out there. Only yesterday we told you about another popular application, Zombies, Run! finally landing on the Android, as more hugely popular titles are starting to find their way onto the platform.

Kinectimals is available via the Google Play Store and is priced at Â£1.93/$2.99. Will you be downloading Kinectimals? 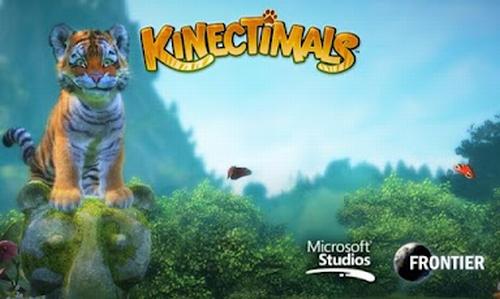