In the last few years Apple has been responsible for a number of innovative and market leading ideas, which has led its rivals to pull out all the stops trying to catch up and hopefully overtake the powerful company. We now have news of a new Apple iWatch idea with an 8MP camera, retina display, and viewing pleasure.

We quite often get to see a number of concept ideas for future Apple products with clever designers coming up with stunning renders, and as an article on Concept Phones is reporting a Swedish designer under the name of Anders Kjellberg has come up with a new Apple iWatch concept.

The stunning looking timepiece features a Retina Display with an eight megapixel camera, which would feature Face Time capabilities and the camera built into the actual face of the watch. The device would also have HD recording capability with added support for Google Maps, applications, iTunes, and all the usual apps that are available for both the iPod Touch and iPhone.

Other features would include Bluetooth, Wi-Fi, capability of streaming music to headphones, and powered by a built in rechargeable Li-Ion battery. The Bluetooth connectivity would be the 4.0 version, and there is also 16GB of storage on offer and charging and syncing would be done wirelessly. There is also a proximity sensor, ambient light sensor, and an accelerometer on board as well.

To cap it off there would be eight custom wristbands to personalize your Apple iWatch, and it would be great if any such device was to be released by Apple, especially if it could work alongside the company’s flagship smartphone and pricing around $199 would fit nicely in the Apple product range. Would you like to see Apple branch out into the watch making business? 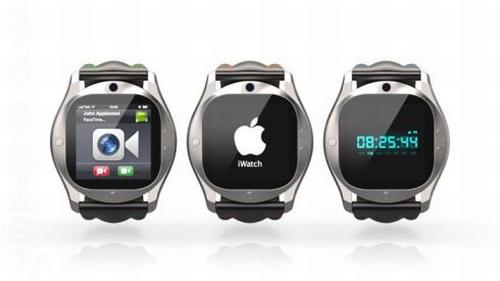