In the mobile space there have been concerns over the amounts of radiation a smartphone emits for quite some time, although radiation leakage probably doesn’t enter into the equation when a customer opts to purchase a new smartphone. However is appears that Apple’s latest iOS smartphone produced more radiation than its Android rival the Samsung Galaxy S3.

According to the guys over at iDownload Blog by way of Cult of Android, radiation measuring jailbreak app maker Tawkon recently release a report regarding the Specific Absorption Rate (SAR) levels of the most popular smartphones today, as you can see by the image below, the highest of which was the BlackBerry Bold 9700 with 1.37 w/kg.

Of course there has been a long running debate on the long term effects of radiation emitted by smartphones with several conflicting reports on the matter, but nothing has been found to be concrete on the matter, although the FCC does regulate it and has set a maximum SAR rate, which the above handsets are still under.

Still it is nice to know how much radiation your handset does give off, and no doubt the Android faithful will see this latest piece of info as just one more tick against Apple’s iOS smartphone. Are any of our readers worried about how much radiation their device gives off? 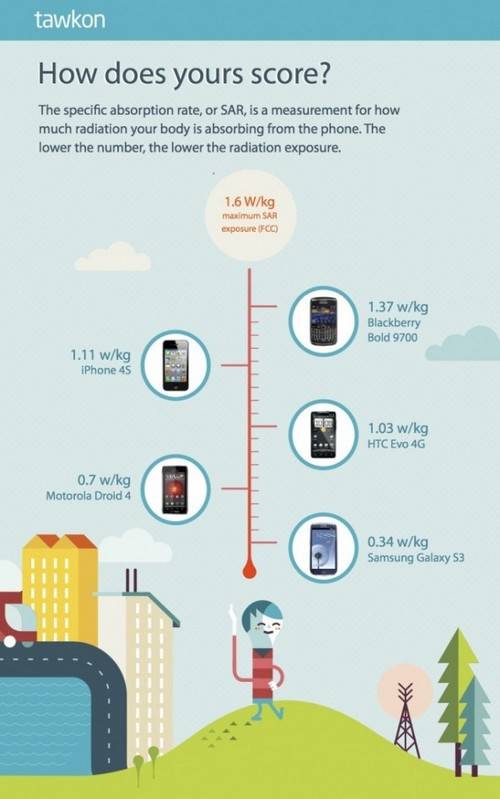