There are rumours flying about all over the Internet that Facebook is toying with the idea of releasing a smart phone. But even if they create the greatest challenge that the iPhone has ever seen in terms of technology, would it be desirable enough for people to want to actually buy? I’m not so sure.

To launch a product successfully to market you need a strong brand. But is Facebook actually a brand? I see, as I’m sure many other people do, Facebook as more of a product. Sure, it’s a product recognised the world over, but it is what it is a social network. Can social networks make phones? The HTC Cha-cha was ‘endorsed’ by Mark Zuckerberg and had a luke warm reception, but would you buy a model created from the ground up by Facebook? People will no doubt have preconceived ideas about what a Facebook phone would be like, and the problems that a company like Facebook would encounter trying to launch themselves into a fiercely competitive market.

But I already have Facebook on my phone?
There are many gripes about the Facebook app, and I normally prefer to just go to the mobile site when I am browsing or uploading a post because I find it more responsive. But nevertheless, all the features that you would normally use on the full browser version have made their way across to mobile optimised devices. What’s more, the number of devices that have Facebook apps is astounding because as a manufacturer, if it doesn’t work with a Facebook app, you are sure to miss out on sales.

Facebook doesn’t do hardware
Facebook may be great at what they do, keeping the site up and running with incremental updates and truly inspired features such as the ‘like button’ but that doesn’t mean that they have the right management structure or resources to be able to create a world beating smart phone. To hit the top of the pile in such a short space of time like Apple did with the first generation iPhone you would have to create something truly outstanding, and let’s not forget that the technology behind the iPhone, the design and even the manufacturing processes were well drilled from the release of a certain other pocket sized gadget; the iPod. Is being the most successful social network of all time simply not enough?

Would you actually want one?
Would it be desirable? In the latest court spat with Samsung and Apple, the judge ruled that the Galaxy tab was not as ‘cool’ as the iPad and had not infringed on its patents. Besides the fact that Apple have to run a rather dubious series of adverts declaring the fact that they were wrong, I think that Samsung still came off the worst overall.

For your product to be judged by the law on its lack of ‘cool’ factor is a kick in the teeth. So is ‘cool’ now becoming as important a distinguishing factor as form and function when it comes to selling consumer goods? Would it affect the sales of any phone Facebook would look to release? Which retail systems would Facebook use to monetise their launch? Apple has an established website that has been a strong outlet for sales for years; Facebook has a brand new and rather sparse app centre.

Sell a lifestyle, not a product
I am concerned that people wouldn’t want to be associated with a Facebook product. Sure, you may use Facebook obsessively, but would you admit that to everyone? It’s kind of like buying a shirt with your favourite beer plastered on the front. Sure, people have them, but not everyone that really likes that beer is going to wear one.

What else are they going to do with their piles of cash?
The app centre, which was probably implemented to clean up the messy structure of apps and games that was present before, could become an important hub for Facebook. Combining this with e commerce software such as an extension of the Facebook app centre accessed on the phone itself would be an interesting direction. But it all comes down to whether people will actually want a Facebook phone? Would you buy one? Guess it is your move Facebook

James Duval is a gadget geek with a passion for technology and social media — so when a product comes up that bridges the two it’s sure to pique his interest! 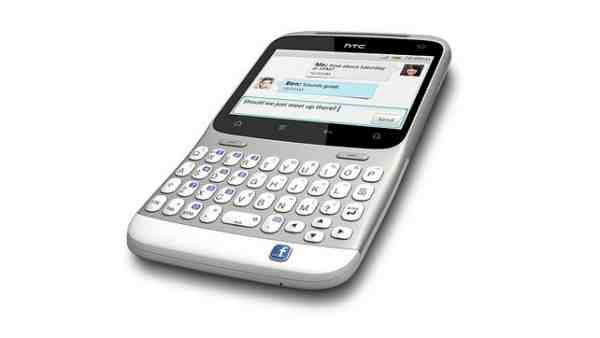 One thought on “Would You Be Seen With a Facebook Phone”