If you’re an AT&T iOS device user and looking forward to iOS 6 then you may already heard of previous reports about a new feature coming to the next Apple mobile operating system, FaceTime over Cellular. This was unearthed in a beta version of iOS 6 but there were concerns that AT&T was planning to charge for the service. However news today is that AT&T will not be charging separately although there is one condition to this.

A few weeks ago when the FaceTime over Cellular feature was first spotted in iOS 6 beta 3, a screenshot showing evidence of it was revealed. This screenshot displayed a dialog box that appeared asking users to get in touch with AT&T if they wished to use FaceTime over Cellular and so seemed to indicate that AT&T may be planning to charge for it, especially as it was similar to the prompt that users receive when opting to enable the iPhone Personal Hotspot. As AT&T already charges for data under a separate plan this caused some consternation among consumers and we told how we felt there could be a big backlash against AT&T if the giant carrier went ahead with any plans to charge separately for FaceTime over Cellular.

News today comes from a MacRumors report on an AT&T statement that says it will not charge separately for FaceTime over Cellular. However a stipulation is that this new feature will only be accessible to customers using an AT&T Mobile Share data plan, new plans that are due to launch later this month. Those customers with legacy plans or unlimited data plans will therefore miss out. This will undoubtedly displease many customers but we should remember that many will be using the new Shared Data plans by later in the year and iDownload Blog points out the possibility that legacy customers may be compelled to switch to a new plan if they buy a new iPhone. 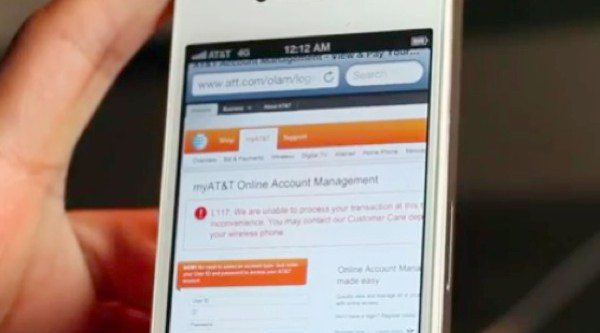 We’re also informed that Sprint will not be charging separately for FaceTime over Cellular either and that so far it seems that customers with unlimited data plans will be able to still use them. There’s no news yet on what Verizon’s stance will be regarding this. You may also remember our recent post on another new iOS 6 feature, Wi-Fi Plus Cellular, which will enable your device to switch back to cellular when a WiFi network is clogged. This also reflected concerns about what charges there might be for cellular data so it seems that those concerns can now be allayed.

We’d like to hear your thoughts on AT&T saying it will not charge separately for the FaceTime over Cellular feature. Are you concerned that the feature will require AT&T customers to be using one of the new Shared Data plans? Maybe you were planning to switch to a new plan anyway? Let us know with your comments.