If you’ve never found yourself looking for new Facebook friends just to get a new building for your estate in “Hidden Chronicles,” what follows may seem insignificant to you. You still may need to know it more than your friends who spend three or more hours a day playing social games online. The advance of social gaming motivates crucial elements of mobile-device design. Whether you play mobile games, their popularity affects your interface.

This is Nothing New

This trend in software now drives changes in hardware. Since the first days of heads twisting back and forth for rounds of “Pong”, console sales have driven the electronic-gaming industry. What started with Odyssey has culminated in Playstation, XBox and Wii. Technology has allowed role-playing narratives to move from “Dragon’s Lair” in arcades to “Halo” at home. Home gaming has affected Facebook, as well as websites like thetop10bestonlinecasinos.co.uk, which rate the best online casinos.

The popularity of social gaming on mobile devices may turn that trend around. An article from Digital Trends examines cumulative sales of major gaming systems to the present day. For example, the cumulative units sold of Playstation 2 and Nintendo DS are about the same, at 150 million devices.

Enter portable device apps, an altogether new platform for games. iOS Game Center accounts already approach total cumulative sales of PS2 and Nintendo DS. All of that without selling any devices. The number of devices capable of using these games — portable iOS devices — already exceeds 400 million in cumulative sales. As more gamers turn to gaming on portable devices, the past trends suggest that sales of any consoles should trail off. 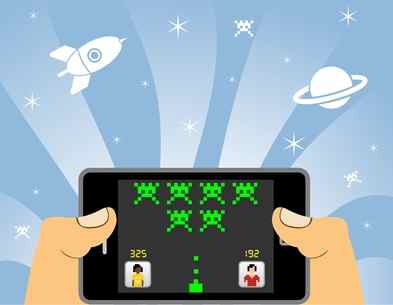 One manufacturer has decided that if it can’t beat them, it should join them. Capitalizing on the one weakness of portable devices when it comes to gaming, the lack of a console, Combiform offers a wireless console to use with portable devices equipped for social gaming. Such innovations can carry the segment of the gaming market that is most often tied to a chair out and about wherever the consumer goes.

When that transition happens, the same graph data regarding console sales suggests that the firms already dominating the platform should benefit most from the transition. That does not mean new games will all have that caricatured Zynga look, just that mergers between Zynga and producers of console-based social gaming are likely to happen.

2 thoughts on “Console Wars: What’s Next for Mobile & Social Gamers”