The wait for the real official Samsung Galaxy S3 Android Jelly Bean update is still a pain in the backside for some, but all you can do is wait patiently as there is nothing else you can do, or is there?

The hot selling SGS3 has seen a few Android 4.1.1 builds leaked, ok they are far from being official, but they are good if you cannot wait for the real deal, the latest one we talked about was the Samsung Galaxy S3 Android Jelly Bean XXDLI1 update, please read more about this here. There have been many leaks for Bell Galaxy S3 variants as well as the T-Mobile version, so lets report on the new Jelly Bean I9300XXDLI5 build.

The new Jelly Bean I9300XXDLI5 is NOT a custom ROM; it is in fact a leaked firmware version for those that cannot wait for the official upgrade. It is sure to be the perfect way to test these builds instead of releasing the final public version, the new build number I9300XXDLI5 can be downloaded and installed on certain SGS3 models and can be flashed right now, we here at Phones Review always SUGGEST you wait for the official release, but hey if you are brave enough then that is totally up to you, on your head be it if anything goes wrong. 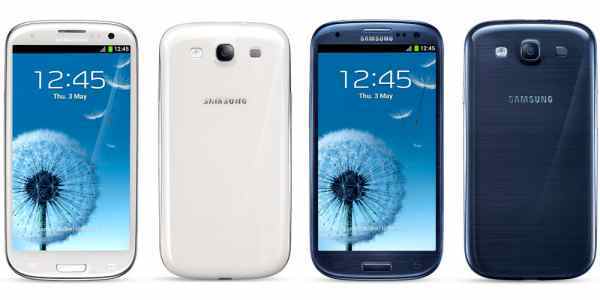 Sam Mobile believes that this is the most stable leak to date, guess it is up to you if you believe them or not. There was a build called I9300XXDLI4 and this featured: Brightness Issue is fixed, RAM Optimizations, App Drawer much smoother, Wi-Fi reception improved, Fast Battery Charging, Very Fast and Smooth and the apps open very fast.

The new I9300XXDLI5 changes include: Maps arrow for direction is now fixed, Maps compass is fixed, Smart Stay Improved, Very Stable, the UI is smoother and faster and there is no FCs.

We reported yesterday that the official Samsung Galaxy S3 Jelly Bean update cold start its rollout this week, even though it has been noted that those in the U.S. may not receive the upgrade until a later date.

Please do comment below, as we would love to know what your views are on the above news, thanks. You can download the new Samsung Galaxy S3 Jelly Bean I9300XXDLI5 here