iPhone 5 and Samsung Galaxy S3 in iOS vs Android Showdown

There was a time that Apple had the smartphone market to its self but times have changed and the fruit based company now finds it has a lot more competition especially from old foe Samsung. Arguably the two most wanted devices currently available are the iPhone 5 and Samsung Galaxy S3, as the iOS and Android devices are locked in a showdown for supremacy in the smartphone world.

As the International Digital Times are reporting the two smartphone platforms have a large part of the smartphone market, and the competition between the two is arguably at its most fiercest now. The iPhone 5 is expected to become one of the best selling electronic devices ever made, and leading up to its announcement anticipation levels had reached fever pitch.

Meanwhile though many Android users would suggest the device doesn’t bring anything new to the market, but the question is which device is better to actually buy? The Samsung Galaxy S3 has some of the best hardware currently available, and will next month be updated to the Android Jelly Bean operating system.

Then there is the more expensive iPhone 5 that will be running the iOS 6 operating system, and is ideal for anyone that already owns an iPad or MacBook with its high level of integration. iOS 6 will bring with it 200 new features that include an upgraded Notification Center that will bring calendar invitations, messages, Facebook friend requests, and much more. 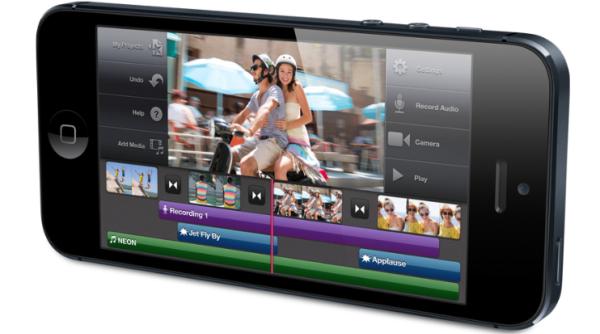 The software will also make it easier for users to share content via Facebook and Twitter, and iCloud has added functionality. The Galaxy S3 still has the Ice Cream Sandwich operating system that is almost a year old now, so until it receives Android 4.1 it is arguably losing out to the iPhone 5.

When it comes to the handsets displays the iPhone 5 has the highly touted Retina Display that can show images at an 1136 x 640 resolution, and it has an 800:1 contrast ratio. The display measures 4-inches across, which compares to the Galaxy S3 and its 4.8-inch Super AMOLED HD screen, and with a resolution of 1280 x 720 that is a probably another round to Samsung.

The iPhone 5 begins at $199 for the 16GB version that then goes up in $100 for the extra storage space, while the Galaxy S3 can be purchased for as low as $99 with a two year contract. The Apple iPhone has always been a bit of a status symbol and will see a number of accessories and cases launched for it, while the same can be said about the Galaxy S3 that can be customized in a number of ways.

Despite the Galaxy S3 at least holding its own against the iPhone 5 in terms of hardware, when it comes to generated hype the iPhone 5 is still out in front. There is every chance the iPhone 5 will outsell the Galaxy S3, but many of our readers have stated that they will now turn to the upcoming Galaxy Note 2 for their next smartphone.