If you’re one of our readers in India then we have good news if you’re in the market for a Samsung Galaxy S3 (S III), Galaxy S2 or Galaxy Note. It seems that as a consequence of the Apple iPhone 5 release Samsung is cutting prices of some of its most popular smartphones. The iPhone 5 looks as though it will be a smash success but all of the above Samsung devices have been extremely popular and this is a good opportunity to get a good smartphone at a reduced price.

We have already told readers how phenomenal pre-order sales for the iPhone 5 across the world have reinforced the popularity of Apple products. However there are plenty of consumers who prefer the Android platform and will never be convinced by Apple’s iOS platform. Those who haven’t yet splashed out on one of the above Samsung devices but were thinking of doing so have got their timing exactly right as now they can take advantage of the new Samsung deals.

The Samsung Galaxy S3 in India was priced at Rs 37,990 and has now been slashed to Rs 34,900, a reduction of Rs 3,000. For your money you’ll get a phone equipped with a 1.4GHz quad-core processor, 4.8-inch HD Super AMOLED display, 8-megapixel camera with 1080p video capture and a 1.9-megapixel front-facing shooter and it all runs on Android 4.0 Ice Cream Sandwich.

Meanwhile the earlier version of the above, the Galaxy S2, has now been reduced to Rs 25,990 from Rs 27,990, a fall of Rs 2,000. That will buy you a 1.2GHz dual-core processor, 4.3-inch Super AMOLED display, 8-megapixel rear camera with 1080p video capture along with a 2-megapixel front-facing camera. The Galaxy S2 recently received an operating system update to Android 4.0 ICS. 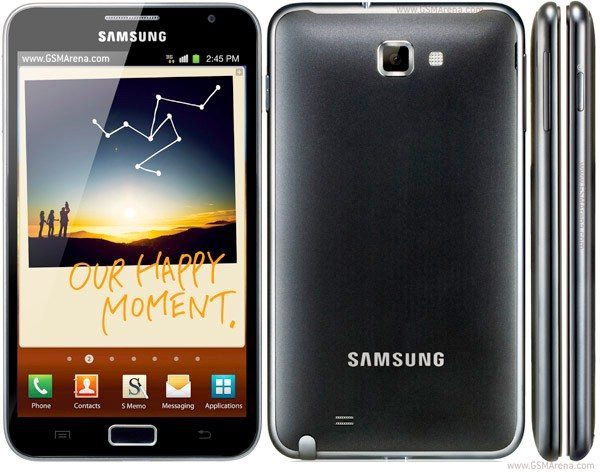 If you’d prefer the whopping 5.3-inch display of the Galaxy Note then the price has been cut by Rs 3,000. It is now Rs 29,990 down from Rs 32,990. As well as the arrival of the new iPhone the Galaxy Note price drop has also been affected because of the Galaxy Note 2, which will be available very shortly. The original Note has a 1.4GHz dual-core processor, 5.3-inch Super AMOLED display, 8-megapixel rear camera with 1080p video capture and 2-megapixel front-facing camera. The Galaxy Note has also recently received an update to Android ICS.

The latest price cuts from Samsung on these products should make them even more appealing and we think many readers will benefit from the new prices. If you’re one of our readers in India we’d like to hear from you. Will you be buying one of these cut-price Samsung phones? Maybe nothing will tempt you away from the iPhone 5? Send your comments to let us know.