When new smartphones are first released they normally only come in a couple of colour options, which leads to many owners buying various colourful cases to personalize their handset a little bit more. When the Samsung Galaxy S3 was originally released it was available in Pebble Blue and Marble White, but now a pink version has become available that will be perfect for the ladies that want a nice new smartphone.

According to an article over on the Android Authority a new colour option is open to consumers in South Korea, in the form of Martian Pink. You would have thought the colour would more appeal to the more feminine smartphone consumer out there, and the handset will become available from today in the country.

At the moment the chaps over at Samsung have not revealed if the Martian Pink Galaxy S3 will become available in other countries, and the colour option is a limited edition run of only 100,000 units. So if this all that the company decide to make there could be a few turning up on popular auction websites that may fetch a high price.

Samsung may be seeing how popular the Galaxy S3 becomes in this shade of pink before releasing it elsewhere in the world, and the device may become more appealing to female buyers finished in this colour instead of the more masculine colour options available. 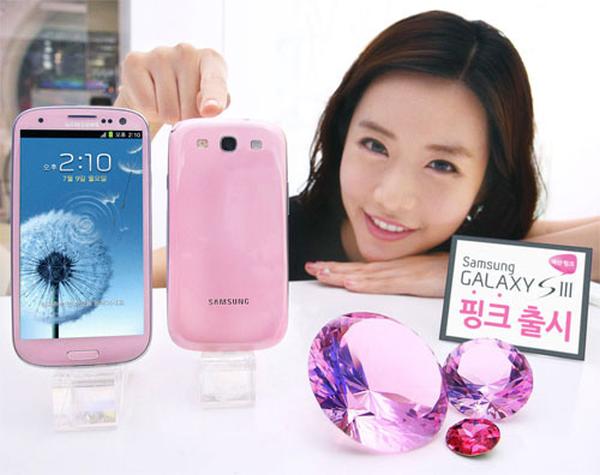 The company did make a pink version of the Galaxy Note available to consumers in the UK, so there is nothing to say they won’t do the same with the Galaxy S3. If pink is not your colour though there are always the likes of Titanium Grey, Sapphire Black, Amber Brown, and Garnet Red to choose from.

What is your favourite Galaxy S3 colour option and what do you make of the Martian Pink?

11 thoughts on “Pink Samsung Galaxy S3 for the ladies”