We’ve already given readers a straightforward specs comparison for these phones and more recently we compared the image stabilization camera feature on both. Today though we want to focus on pricing and apart from the fact that the iPhone 5 is an iOS device while the Lumia 920 will run the latest Windows Phone 8 operating system, it’s the price that could well be the deciding factor for many readers trying to choose between the two. Until now we hadn’t heard too much about the price for the Nokia Lumia 920 when it eventually reaches the shelves but now we have some leaked news on pricing. Let’s just say that if the leaks are accurate the Lumia will be substantially less expensive than the iPhone 5.

The price for the unlocked iPhone 5 with no contract in the UK begins at Â£529 for the 16GB model and increases to Â£599 for the 32GB variant, according to ZDNet (some with-contract prices can be seen here). The Nokia Lumia 920 is only available as a 32GB storage model and some price leaks from the European market reveal very promising news. Although Nokia Germany previously announced the Lumia 920 price at around â‚¬649 it seems that Nokia in Italy is to price the Lumia 920 at â‚¬599 (Â£475). That is of course around Â£125 less than the equivalent 32GB model of the iPhone 5 and that’s quite a difference! 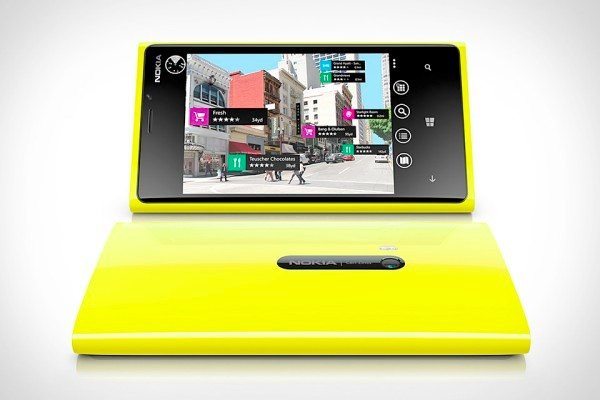 ZD requested information from Nokia UK for the price of the Lumia 920 there and although a specific price wasn’t forthcoming the site was told it would be nearer to the Italian pricing. Therefore it looks as though the SIM-free Lumia 920 will be around Â£475 in the UK. There may be many people then who haven’t yet made up their mind about splashing out for the iPhone 5 who may be open to a Windows Phone 8 device instead and so it seems that Nokia has kept the pricing for the Lumia 920 both reasonable and competitive.

Hopefully the above pricing for the Nokia Lumia 920 will be officially confirmed soon and we’d like to hear from readers about this. Would a price difference this big persuade to you opt for the Lumia 920 rather than the iPhone 5? Maybe you had already made a choice of one or the other and the price didn’t come into your decision? If so which will you purchase and why? Let us know with your comments.