FIFA 13 is probably the biggest Football simulation franchise available to gamers that was once only available on dedicated games consoles or PC’s. Now though since smartphones have become more powerful with faster processors big game titles have become available on the smartphone platforms. Today we have news of a FIFA 13 for Android alternative in the form of Real Football 2013.

Trouble is if you spend a lot of time playing the game the cost of doing so can quickly mount up, but the good news is about this version of the game is that the developer has managed to gain an official FIFPro licence. 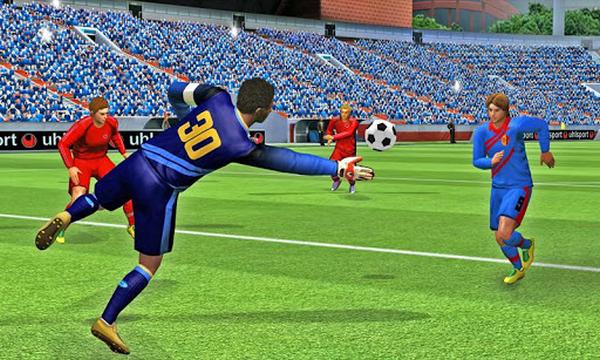 This basically means for the first time gamers can see personal names and portraits of over 3,000 top players, and also the most recent player transfers and roster changes are included. Once downloaded users will be able to play using the top Premier League teams and other major leagues from around Europe.

The game promises to have smooth but realistic graphics with over 700 motion capture animations, with the improved AI and other enhancements providing a TV like experience. Players can work hard developing their team and the facilities by expanding the stadium to earn extra income to spend on the team. Head over to Google Play to find out more or to download.

Do you play the Real Football franchise?