Back in September at the iPhone 5 keynote speech Apple also unveiled a refresh to some of its iPod line of MP3 players. This included a new version of the flagship iPod Touch that the company promised to be the thinnest and most advanced yet, and today we are looking at the iPod Touch 5G light sensor issues and tear down comparison.

Owners of the new iPod Touch have begun to discover that Apple has decided to remove the ambient light sensor for the device, and as a writer over on GIGAOM has continued to enjoy his new iPod Touch since it arrived. Trouble is at first he thought the new device was broken when going out into daylight and not being able to read the screen.

The brightness on the device is kept at low levels to save the battery, which is fine on older versions of the iPod Touch, as soon as you step outside the light sensor would adjust the screens brightness accordingly, but not now with the iPod Touch 5G.

This in many people’s eyes is a downgrading of the device from the old model, and users will now have to go into settings and use the manual brightness slider instead of the device automatically adjusting itself. 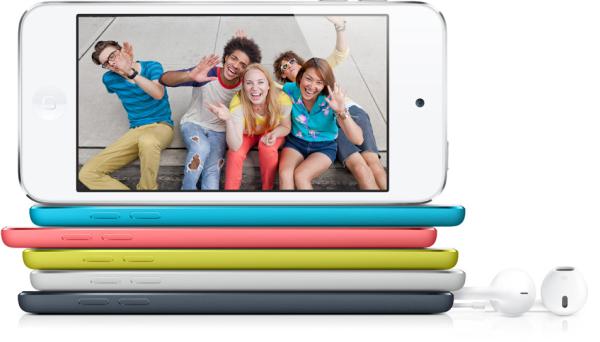 An article over on Ars Technica sheds some light (no pun intended) on the matter as a reported email exchange between Apple’s Phil Schiller and an owner of the new iPod Touch, has revealed that Schiller said the device is too thin to have an ambient light sensor fitted.

Meanwhile the International Business Times are reporting of the tear down of the iPod Touch 5G carried out by the iFixit engineers, and on first impressions the device shares the same height as the iPhone 5. Along with a four inch display and five megapixel iSight camera the new iPod has a retractable post for ‘the loop’, which is hoped will prevent the display shattering when accidently dropped.

It was found that the iPod Touch 5G was much easier to get access to compared to the iPhone 5, which was down to the lack of external screws. There was also a lack of ribbon cables on the logic board that gained the device a reliability score of only 3 out of 10, which compares to the Phone 5 that achieved 7 meaning it’s easier to repair.

The device is powered by Apple’s A5 dual core processor, 32GB of NAND flash made by Toshiba, 512MB of RAM made by Hynix, and the touchscreen display is by Texas Instruments. A lot of the specs on the iPod Touch 5G are the same as the iPhone 5, and the pricing for the device reflects this.

Many potential purchasers of the latest iPod Touch will probably not be put off by the lack of an ambient light sensor, as the device has a lot more going for it since the update, but you would have thought Apple could have got one in there somehow.

Are you disappointed about this feature being left out of the iPod Touch 5G?