Sony Mobile have now announced the Xperia VL for the Japanese market, which is an Android Ice Cream Sandwich smartphone destined for the KDDI network, and basically sports the same specs and features as the Sony Xperia V, and those specs are… 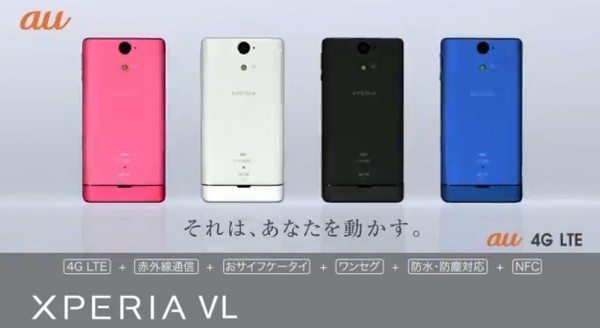 There’s no hard and fast release date for the Sony Xperia VL on KDDI, as all Sony are saying is by the end of the year, and obviously there’s no word on just how much the Android smartphone will set customers back, but apparently the handset will become available in black, white, blue and pink.

For those over in Japan that might be interested in the Sony Xperia VL we have embedded a couple of Xperia VL videos for your viewing consideration below, so hit those play buttons to check out the smartphone.