In the budget smartphone space Samsung has their Samsung Galaxy S3 mini to vie for the money of those that a tad cash strapped, but Nokia also wants to grab a slice of the budget handset segment with their new Nokia Lumia 510, a handset that some believe could be a threat to budget Android handsets. But which of these two can come out top in a comparison?

Well we have a comparison between the Samsung Galaxy S3 mini and the Nokia Lumia 510 for your viewing consideration below which was done by Nvo News, which is a bit of a strange comparison considering both handsets are for different markets, with the Galaxy S3 mini destined for Europe, whilst the Lumia 510 is headed for India, Asia, China and South America.

Anyway we believe a good comparison between rival devices is well worth it, so lets kick off with the touch screen, the Android Jelly Bean handset and the Windows Phone 7.5 handset both offer a 4-inch touch screen, although the Lumia 510 is WVGA whilst the Galaxy S3 mini is Super AMOLED. 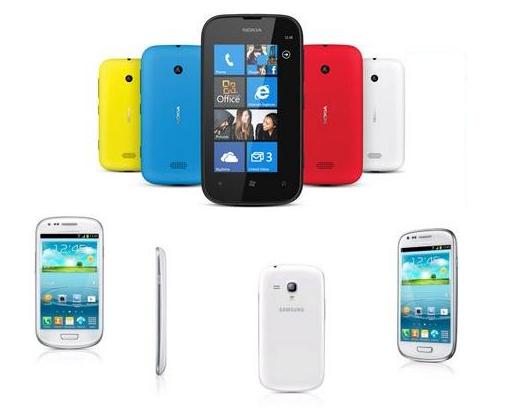 The Sammy budget smartphone out paces the Nokia handset when it comes to processor and RAM with the Galaxy S3 mini packing a 1GHz dual core processor and 1GB RAM, whilst the Lumia 510 has a Snapdragon S1 800MHz processor and just 256MB RAM.

So there you have it, a quick comparison between these two rival budget devices, but whether you opt for the Nokia Lumia 510 or the Samsung Galaxy S3 mini will probably boil down to the pricing of each device, and whether you prefer Android Jelly Bean or Windows Phone 7.5 Mango.

If our readers had to pick between the two, which would they opt for?