Apple recently put out their first advert for their new smaller tablet, whereby the company placed the smaller iOS slate against a full sized iPad in a piano duet using the GarageBand app, and playing Heart and Soul. A cute commercial but hardly showed that the iPad mini was anything different to other Apple tablets.

This advert was then lampooned by Team Coco, they added words in place of the music to give the iPad mini, and those that purchase the device a bit of a slap. Now another video has surfaced (no pun intended) that puts the Microsoft Surface up against Apple’s iOS tablet.

This latest video, one has to say, certainly does a far better job at touting the Microsoft Surface than Apple did touting the iPad mini, so perhaps Microsoft or even Apple should consider hiring the guy who came up with this new Surface versus iPad video. 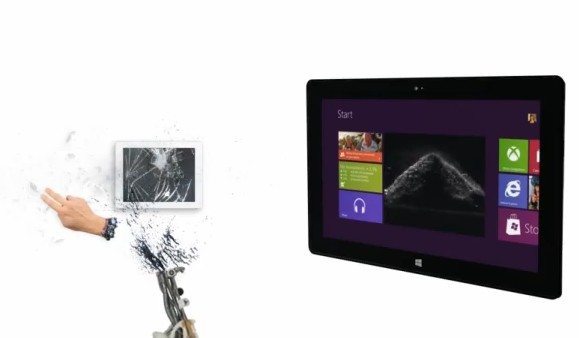 We have of course embedded the new Surface versus iPad footage, which was made by Forest Gibson, for your viewing pleasure below, along with Apple’s original iPad mini commercial so you can judge for yourself which advert is better.

The footage kicks off the same way as the original iPad mini advert, but replaces the iPad mini with the Microsoft Surface, and then things really start to kick off whilst the iPad continues to plod along until the Surface slays the robotic arm tapping on the keys.

Anyway, that’s enough from me, so I’ll stop right there and let you head on down to punch that play button, but we would love to know which of these two videos our readers prefer, so feel free to let us know by dropping us a line to our comments area below…enjoy.