The smartphone world is fast changing and we are always trying to work out what the next cutting-edge developments might be. One of the factors that most concerns many users about their mobile devices is battery life, or lack of it in most cases and anything that could alleviate this would be warmly welcomed. Now it appears that help could be on
Fact is often stranger than fiction and earlier this year we speculated about the possibility of using kinetic energy for charging smartphones by 2013. We wondered if the idea of being able to charge our phones through body movement was a plausible idea or what other methods might become available that could mean users were freed from limited battery life. Now the idea of friction and using static electricity to charge phones seems to be a real possibility.

Georgia Tech researchers are already working on a project using static electricity to convert movement and have come up with a device showing that this could actually have potential. When you think of the amount of movement that people make in general, even slight movement from breathing and fidgeting for instance, if this could be harnessed for charging personal electronics it would be a huge step forward. Georgia Tech’s professor of materials science Zhong Lin Wang has been concentrating on this task for several years and looking at the use of piezoelectric materials but so far nanogenerators devises have not produced adequate amounts of power output.

Now though the method has been adapted to use static electricity and friction and MIT Technology Review details how researchers have shown that a static charge phenomenon known as the triboelectric effect can be utilized. This means that when two thin films of inexpensive materials (a metal and polyethelene terephthalate plastic) make contact a charge can be produced. When those same two films are then flexed they then produce a current and of course this can then be used for charging. 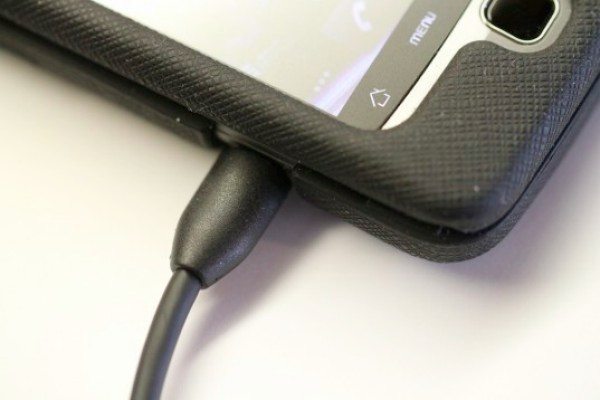 So far the nanogenerator created by Georgia Tech has been able to convert 10 to 15% of energy in motions to electricity but Wang believes that in future as much as 40% of energy could be converted with the use of thinner materials. Wang also states that around 50 types of materials could be used to produce this effect. Obviously if this type of research could come up with a way to produce enough power for uses such as phone charging it could be hugely significant for mobile industry but it’s important first to see if this type of nanogenerator could be utilized outside of the lab. Professor of mechanical engineering at the University of Washington, Seattle, Jiangyu Li said, “They need to demonstrate that this can generate power from mechanical vibrations in real life.”

This is intriguing news and we will follow future developments about this with interest. We’d like to hear our readers’ views on this. With our usage and time spent on smartphones and other mobile devices increasing all the time, to do you think the major players in the phone industry should be investing more in looking at ways to easily charge devices? Send your comments to let us know.