Android 4.2 Jelly Bean hidden feature, makes you work for it

Even though many Android users have been enjoying the latest update for a while now, there are still a few little gems buried within the mobile OS. One such Android 4.2 Jelly Bean hidden feature is called Daydream, but will require you to unlock “BeanFlinger” Daydream in order to take advantage of this little Easter Egg.

Most of you will know that Daydream is just a different word for screensaver, with there being five to choose from. However, one of them is hidden as default so will require you to unlock in order to see the new screensaver in action. It’s a simple process, one that we’ll talk you through below, but there’s also a video below as well to make things even easier.

Firstly you will need to go into the settings app and then go down to the bottom and then select About Phone. Once there you will then see the version of Android you are running, you then need to tap this until you are greeted with a jelly bean. 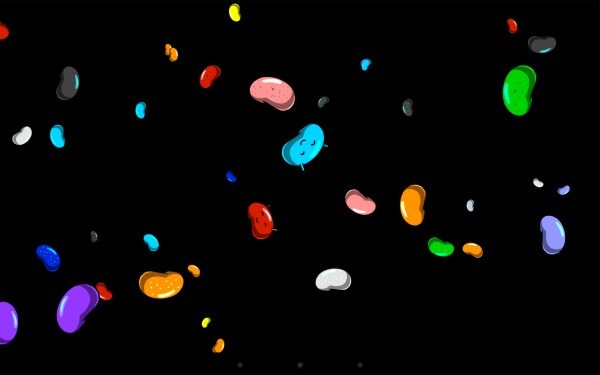 You then need to keep your finger on the Jelly Bean until you can feel your handset vibrating, once this happens you should then see all these different colored candy sweets floating around on the screen. We also love the fact that you can hit them and watch them fly across the screen.

After you have followed those simple steps you will notice that BeanFlinger Daydream has been unlocked. In order to then go to DayDream you just need to go to Settings > Display > Daydream and then select BeanFlinger as your new screen saver.

So far this is the only Easter Egg that has been found within JB 4.2, but we’d love to know if you have managed to locate any that you can share with our readers? While this hidden feature brings a fun side to Android, it’s worth noting that there are still a few issues with 4.2 that have been causing a headache for some users.

Depending who you ask, some will say that this is the most problematic release yet. There have been one or two small issues, but there have been a few more serious ones as well, which would have no doubt seen a few iOS users getting their own back on their rival handset users. Overall though the new mobile OS from Android has been pretty well received — well from those who are able to get the update on their device.

2 thoughts on “Android 4.2 Jelly Bean hidden feature, makes you work for it”