If you are an avid fan of the UK smash science fiction hit, which has been around longer than most people who own a iOS smartphone, but would love to show their love of all things Doctor Who, you can do so by tarting your iPhone up with a Doctor Who orientated case, such as the Doctor himself, or perhaps the legendary Tardis or even the doctor’s evil enemy the Daleks.

Most use a case to protect their iPhone from everyday mishaps so if you are a fan of the Doctor then why not show it by having your smartphone decorated with time lord gear such as the Tardis, although of course the case wont be bigger on the inside.

I have been a fan of Doctor Who from an early age, I can even remember the original Doctor Who, so that tells you how old I am. I also have several canvasses and collectibles to do with the time lord, but the one thing I don’t possess is a smartphone case, so I thought I pass along a few for other Doctor Who fans consideration. 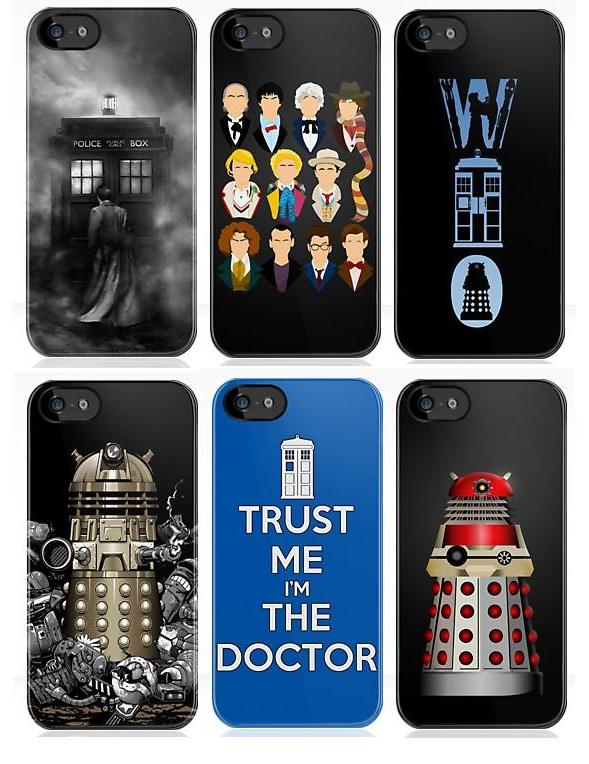 There are a huge number of Doctor Who related cases for the iPhone and iPod depending on just what design you are looking for, and over on Red Bubble they have some 1570 doctor Who designed cases in the offering.

Of course a few of those sport the doctor’s time travelling machine, the Tardis in varying shades of blue, whilst others depict the legendary fix anything device the doctor uses called the sonic screwdriver, others depict the doctor, depending on which regenerated vision of the time lord you prefer of of course.

Then there are several iPhone cases carrying designs of the doctor’s enemies such as the Daleks and Cybermen. In all there are 53 pages of Doctor Who cases to wade through so it might take you a bit of time to find the one your might be looking for.

And these iOS smartphone cases aren’t badly priced either as the pricing ranges from Â£23 up to Â£27, which isn’t that overly expensive to show your love of the programme if you are an avid fan. Each case is compatible with the iPhone 3G, 3GS, iPhone 4, 4S, and the iPod Touch 4G, and are said to be incredibly tough and unique.

Any of our iPhone toting readers a fan of Doctor Who, and would like to own one of these cases?