The Microsoft Surface RT tablet was expected to make a few waves when it released last month as it was a flagship device for Windows 8 and many expected big things of the device. However the Surface RT made ripples rather than waves so no doubt Microsoft now has higher hopes for the Intel-powered version, the Surface Pro. Microsoft has now announced release information and pricing for the Surface Pro and there’s not too much longer to wait as it’s coming in January.

These prices don’t include a Touch Cover or Type cover either although these will be sold separately at $120 or $130 respectively. However pricing does include a Surface Pen with Palm Block technology, according to the Official Microsoft Blog. Something to remember here though is that the Surface Pro was always intended to be priced along the lines of an Ultrabook rather than a tablet. Another point that is unlikely to go down well is that the Surface Pro will have a battery life lasting only around 4 hours. Some of this is down to the fact that Microsoft chose to go with an Intel Ivy Bridge processor offering more speed, rather than compromise with a slower processor for a longer battery life, according to Cnet. 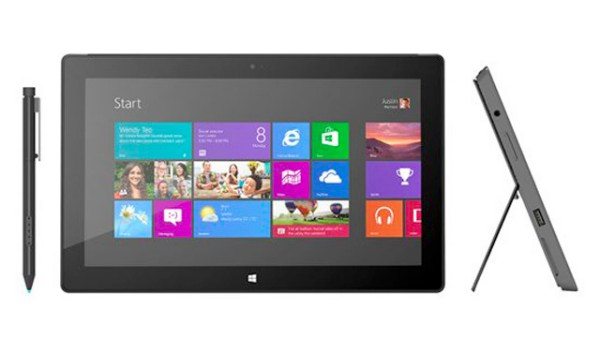 Some of the key specs of the Surface Windows 8 Pro include an Intel Core i5 processor, 10.6-inch ClearType display with full HD resolution of 1920 x 1080, full USB 3.0 port and Mini DisplayPort. It weighs less than 2 pounds and is less than 14 millimeters thick. The Surface Pro is to release in January although Microsoft did not give specific release date details. All this said, it’s difficult to see how the Surface Pro will find mass sales and it looks as though the latest attempt to rival the iPad is ultimately unlikely to be a major threat.

You may disagree though. Maybe you’re waiting avidly for the Microsoft Surface Pro with Windows 8 to launch? What are your thoughts on the pricing? Let us know with your comments.