With still no news on an iOS 6 /iOS 6.0.1 untethered jailbreak for the iPhone 5 and other devices there has been a certain amount of talk that the jailbreaking community may now wait for iOS 6.1. With that in mind we can tell you the good news that iOS 6.1 beta 4 is now available for developers for iOS devices and is likely to be the final build. It looks as though Apple has every intent of releasing the full version as soon as possible and a jailbreak for iOS 6.1 beta 4 is also ready for pre-A5 devices.

Apple released iOS 6.1 beta 4 to developers yesterday for iPhone, iPad, iPod Touch and Apple TV. Developers can download the full iOS 6.1 beta 4 directly from Apple’s developer portal at 896MB or it’s available as a delta update at 56.5MB. Apple states that beta 4 includes bug fixes and improvements and there’s the usual warning that it should only be installed on devices dedicated for iOS 6.1 beta software development.

This is a tethered jailbreak for pre-A5 devices and requires the use of existing 6.0 firmware and is only for developers so please don’t be tempted to use it if you are not a developer and wait instead for the release of 6.1. You can find step-by-step instructions for the jailbreak from iDownload Blog along with a video that we have embedded below this story showing how to jailbreak iOS 6.1 beta 4. 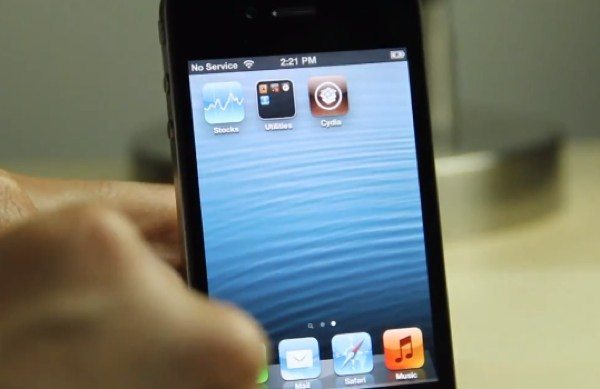 At Phones Review we never recommend that people tamper with their devices and if you choose to do so it is entirely your own responsibility if anything goes wrong. However this is slightly different as this jailbreak is intended only for Cydia developers who know what they’re doing so please bear that in mind and don’t attempt it if you’re not a registered Apple developer.

As this is thought to be the final iOS 6.1 build it looks as though the release to the general public may not be too far away, possibly after the holidays. You never know, once iOS 6.1 arrives, maybe then the jailbreaking community may rally round to try to get an untethered jailbreak for the iPhone 5 at last. We’ll continue to bring you news on this as we hear it.

Are you a developer who has already downloaded iOS 6.1 beta 4? Have you noticed any other differences to beta 3 so far? Maybe you’re a consumer eagerly waiting for iOS 6.1? Let us know with your comments.