Phones Review readers are far and wide across the world so we like to bring news for you whether you are close or far away. Today we have something for our readers in India as the Lava Iris N501 Android phone has just been launched and we have the key specifications and price for it. In the same series as the Iris N350, the Iris N501 looks like a handset that could appeal to many consumers and runs on the Android 4.0.4 operating system.

The Iris N501 is priced at Rs. 9,999 and is very much on a level with some other new smartphones such as the Zync Z5 Cloud Dual Core, the Micromax A110, Intex Aqua 5.0 and more. Key specs and features of the Lava Iris N501 include a 1GHz MediaTek dual-core processor, 5-inch touch display with resolution of 800 x 480, 512MB of RAM and 4GB of internal storage, expandable via microSD to 32GB.

There’s also a 5-megapixel rear camera with autofocus and LED flash as well as a VGA front-facing camera, 3G connectivity (HSDPA 7.2Mbps; HSUPA 5.76Mbps), Wi-Fi 802.11b/g/n, Bluetooth, GPS and a 2300 mAh battery that should give the user around 7.8 hours of talk time. The Iris N501 is also a dual-SIM handset and pre-installed apps include the Fusion Music Organizer and Saavn along with games such as Saving Private Sheep, Little Big City and Asphalt HD. 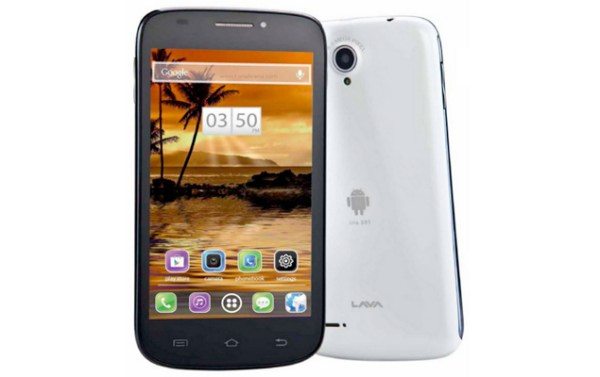 The Iris N501 is one in a series of several Iris phones that will be launched in the first quarter of this year, each of which will have at least a 1GHz processor and be in a price range between Rs. 5,000 and Rs. 10,000. The N501 is the first in the series that has a 5-inch display according to NDTV Gadgets and we think the design is really quite decent.

We like to hear from our readers across the world so if you are in India is the Lava Iris N501 a smartphone that appeals to you? Do you think the under-10k price fits the specs that this phone carries? Send your comments to us to let us know your thoughts.