When the original Temple Run game was released onto the iOS platform it quickly gained a huge following, with even a number of celebrities taking to social networking sites to post their highest scores. Unfortunately users of the Android platform had to wait quite a while before the game was available to them, and now in a way history is repeating itself with the sequel, but we can now begin the Temple Run 2 Android release countdown as we are only a few days away from its availability on the platform.

Last week Temple Run 2 was released for iOS users with the game quickly reaching the top of the charts for free games in the iTunes Store for free applications. Again Android users have been left waiting for the game to become available but luckily they won’t have to wait as long for an Android release this time around.

Developers Imangi Studios have revealed that Temple Run 2 will launch onto the Google Play Store this coming Thursday, January 24th. It took the new game under twelve hours to top the charts on the iTunes App Store, and this success is likely to be repeated as soon as the Temple Run 2 is released for Android owners to enjoy. 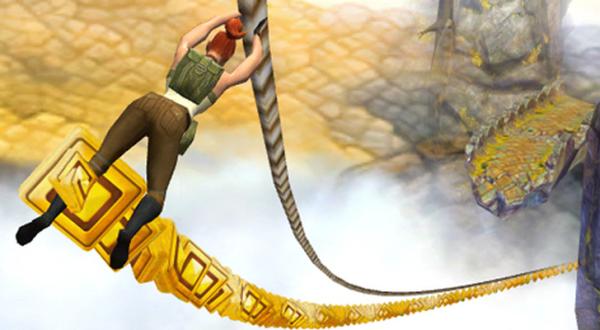 Having downloaded Temple Run 2 myself onto my iPod Touch I can see why the game has become another instant hit with the added new features, and can’t wait to play the game on the larger screen of my Samsung Galaxy S3. I may have to pinch the wife’s Nexus 7 as well to fully enjoy the new game.

My son loved the new version of Temple Run easily beating my high score, which is nothing new. While you wait for the game to become available we have embedded the demonstration video of Temple Run 2 below.

Will you be downloading Temple Run 2 on January 24th?