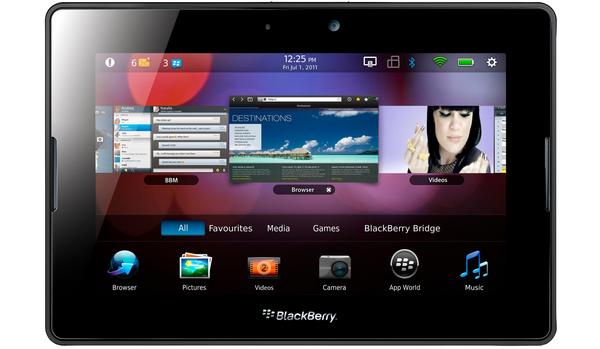 Over the last few months we have heard a great deal about the upcoming BlackBerry 10 operating system and the smartphones that will be running on the software, but until now there hasn’t been much said about any tablets that will be coming to the platform. Now though following a RIM press release we can tell you that BlackBerry 10 tablets are incoming to the new platform.

We have heard a lot about the upcoming Z10 smartphone with a possible release touted as February 28th, as the new platform is tipped to spell a new beginning for the company and in turn improve its fortunes for the better. Now RIM has said they will release an ad during the upcoming Super Bowl on February 3rd just a few days after the January 30th launch event.

The press release states the ad will showcase the company’s “new mobile computing platform that will power the next generation of smartphones and tablets”. RIM has yet to announce BlackBerry 10 running on tablets, but the new platform does have some similarities to the OS found on the BlackBerry PlayBook.

It is not currently known if RIM will reveal a new tablet during the ad or at the launch event, but this does seem to be conformation that a new BlackBerry tablet that will run on the new platform is on its way.

Some of the new features that the software will use include a software keyboard that has an auto complete feature, and will also have an all new camera application. The amount of applications the company will have available on offer is growing all the time with thousands of apps submitted to the platforms app store.

Hopefully at the launch event in a few days time the company will unveil any new tablets it has for the platform, along with those all important release dates and pricing. Will you be considering a BlackBerry 10 device this year?