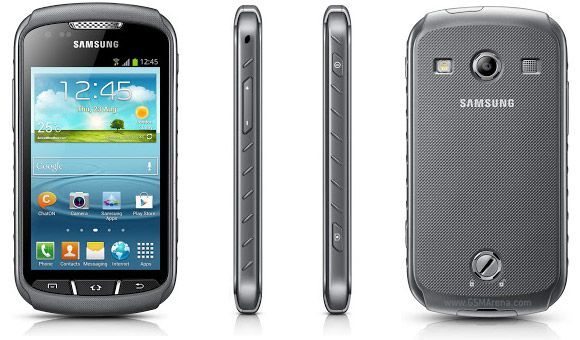 The new Samsung Xcover 2 that has now been officially announced before MWC 2013 was a great surprise to be honest, we really thought Samsung would wait until the event to provide its announcement, but guess there is no point going on about this because we all know the handset is real.

Samsung are pushing this durable mobile phone for those that love the great outdoors, being it the active explorer or those living and enjoying fun lifestyles. The phone has all the goodies within that offers not only a decent smartphone but a rugged one at that to fit into your outdoor lifestyle, this handset comes with a IP67 certification and so much more, please do read on.

We mentioned about the Samsung Xcover 2 three days ago and reported that it would be announced at MWC that kicks of from February 25th in Barcelona, well it will not be announced there because Samsung have sent out a press release with all the details about the handset as well as al that specifications. The Xcover 2 comes with a 4-inch WVGA TFT screen, 1GB of RAM, and excitingly Android Jelly Bean, as well as a dual-core 1GHz processor, TouchWiz customizations, 5MP main camera with a 720p video, and we like that it has a dedicated shutter key and a front-facing VGA camera. Shame the camera’s were not bigger, this is a mobile phone for the great outdoors and if that is the case most people going for walks, cycling etc love to take pictures, sorry but we are a little disappointed about the camera sizes.

For full specifications please read the full Samsung press release here, the only downside to this announcement is the release date obscurity; no dates or prices have been revealed yet and maybe this is when MWC 2013 will come into play.