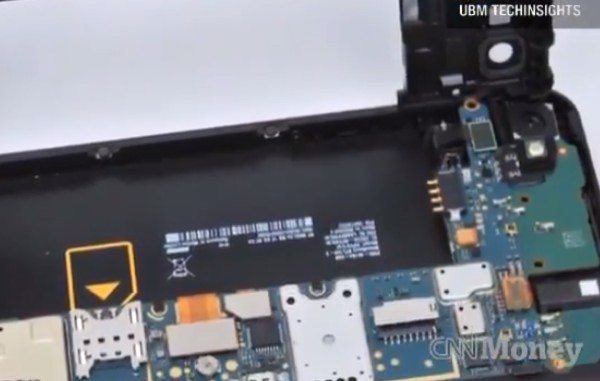 The BlackBerry Z10 smartphone was recently unveiled at the huge BlackBerry event that debuted the brand new operating system BlackBerry 10. Sales so far seem to signify that BlackBerry is making progress in its bid to breathe new life into the platform and today we have news about the price of components for the BlackBerry Z10 and a total costing that shows that expenditure is more than for the iPhone 5.

A recently conducted teardown detailed all of the parts of the BlackBerry Z10 including the display, processor, cameras, battery and more and found that each unit costs around $154 in parts. That compares to the same costing for the iPhone 5 at $139 although maybe we shouldn’t be surprised given the Z10 has more RAM, a larger battery capacity and higher resolution display that is also bigger in size than that of the iPhone 5.

Looking at individual components we learn that the display costs approximately $26.50, the 1.5GHz Qualcomm dual-core processor $23.50, dual cameras around $15 and internal storage $9. RAM, communication chips, battery and other components come to around $21 while the casing and small electronics comes to $59. We discovered this from a YouTube video that you can see below this story.

Yesterday we heard that the unlocked price of the BlackBerry Z10 in the UK is Â£534, that’s equivalent to around $828. It’s difficult to judge though, exactly what profit BlackBerry will make on each unit as the UK price includes VAT (value added tax) and of course we don’t know how much the third party retailer involved has to pay BlackBerry for each unit. Also these prices are for components but do not include manufacturing costs.

The BlackBerry Z10 is already available in the UK and Canada and is heading to the US for a March release where it will cost $199.99 on the usual two-year contract. We’d like to know if you’re surprised at the figure for how much the BlackBerry Z10 costs in components? Do you think BlackBerry is back on the right path with the Z10? Let us have your comments on this.