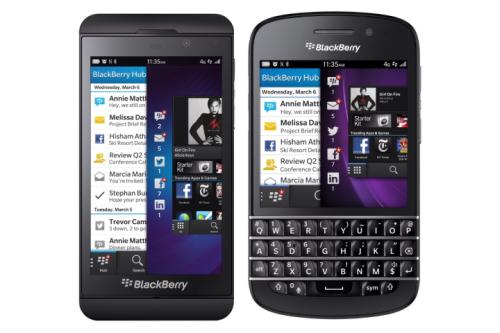 The likes of the UK and Canada have had access to the new BlackBerry Z10 smartphone for a few weeks now with owners giving the new platform the thumbs up, but consumers in the US are still waiting to have access to the OS, and there are now reports that the BlackBerry Z10 Verizon Wireless release may coincide with the Q10.

It is already known that the BlackBerry Z10 running the new OS will be launching in the US next month, with the likes of T-Mobile already confirmed to be stocking the handset once available. Now reports are suggesting Verizon customers will have to wait until April to get access to the BlackBerry Z10, which seems to be a growing trend with the carrier with other phones seemingly coming much later compared to rivals.

It is wondered though if Verizon is waiting to release the BlackBerry Z10 at the same time as the Q10 becomes available, which has already been pegged to be available during April. In a way it makes sense as BlackBerry fans would then have the choice between the touchscreen of the Z10, and the QWERTY keyboard of the BlackBerry Q10.

Obviously this has to be taken with the usual pinch of salt until availability of the two handsets are officially confirmed by BlackBerry or Verizon, but there could be some customers of the carrier disappointed having to wait even longer to get access to the Z10.

If you’re a customer of Verizon will you be getting a BlackBerry 10 handset?

One thought on “BlackBerry Z10 Verizon release may coincide with Q10”