Acer Iconia B1 Android 16GB Tab is no comparison 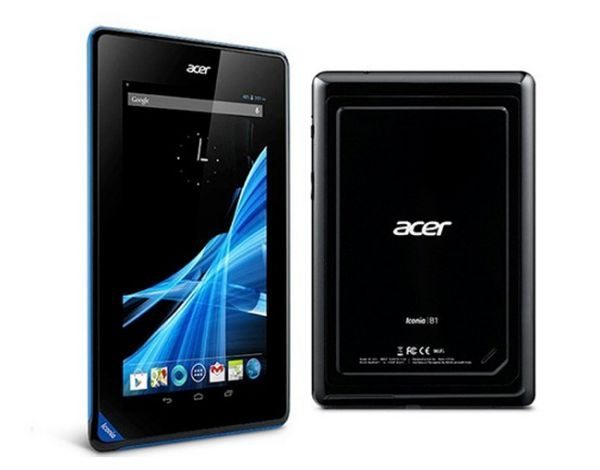 Sorry for the two questions so early in this news article but we just could not help it, the Acer Iconia B1 tablet comes running Android 4.1 Jelly Bean OS and features a 7-inch WSVGA capacitive multitouch screen and resolution of 1,024 x 600, so far so good, not too shabby just yet.

This new 16GB version also offers a Mediatek dual-core 1.2GHz processor, Wi-Fi 802.11 b/g/n, up to 32GB storage expansion thanks to the microSD card slot, Bluetooth connectivity and GPS. This is where it is not so good, this tablet only has a 0.3-megapixel webcam, not going to be the clearest of photos are they.