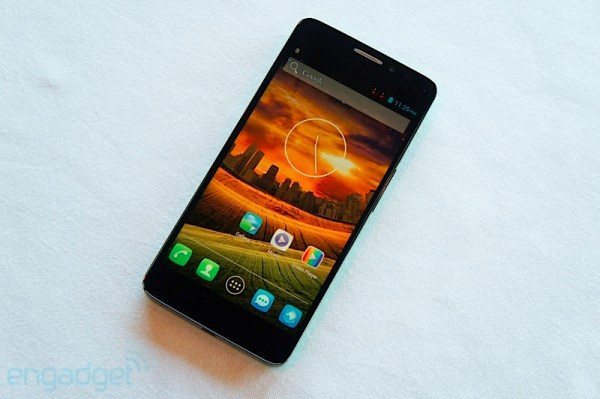 Although Mobile World Congress 2013 officially kicks off tomorrow in Barcelona we are already hearing the first announcements of various devices from the event. Alcatel for instance, has just announced the Alcatel One Touch Idol X smartphone and if you’ve previously written off Alcatel devices then read on for more about this latest phone as it sounds pretty impressive to us and also looks the business.

Only a few days ago we told how 13 Alcatel smartphones were due to unveil at MWC and the One Touch Idol X is an extremely tempting opening, although specs show no 4G LTE connectivity. Not only does it have a fashionably large 5-inch LCD display with resolution of 1920 x 1080 and 441 ppi but it also runs Android 4.2 Jelly Bean.

Other specs include a 1.2GHz MediaTek 6589 quad-core processor, 16GB of internal storage (expandable via microSD for the single-SIM model) and the OT Idol X also sports an 8 or 13-megapixel rear camera (depending on market) and a 2000 mAh battery. The styling of the phone is colorful and should appeal to many potential customers with an edge-to-edge design and measuring only 7.1mm thick or perhaps we should say thin. It will come in dual or single-SIM versions.

A release is rumored for Q1 but there’s no news yet on pricing for the Alcatel One Touch Idol X. However you can be sure we’ll be keeping you informed of further developments and if you want to see a hands-on look at this phone then check out the video that we’ve embedded for you below this story. If you’re interested in new smartphone news from MWC you may be interested in another announcement made today to officially introduce the Huawei Ascend P2.

We’d like to hear what your initial impressions are of the One Touch Idol X? Is this a phone you’d like to take a further look at? Let us know with your comments.