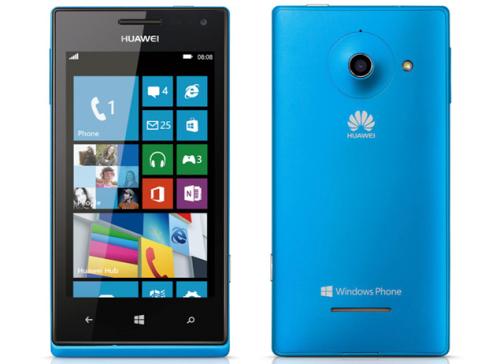 Chinese smartphone manufacturer Huawei are busy bringing out a number of handsets ranging from budget offerings to more high-end hardware, and now the Huawei Ascend W1 UK release and price has been revealed with O2 exclusivity.

Earlier this month we heard that the Huawei Ascend W1 Windows Phone 8 handset would be releasing in the UK on O2 sometime during March, and we can now tell you that the device will be available on the carrier from March 7th.

The handset will be available in either electric blue or the electric pink colour from March 18th and is priced at only Â£119 on Pay-as-You-Go, but it will also be available on a number of pay monthly options as well. It will be available free on contracts starting at only Â£13.50 per month, and has been designed for the hectic modern lives many of us lead.

To recap the handset has a 4-inch IPS LCD touchscreen display with a resolution of 480 x 800, which also has a low reflective surface and full lamination technology that is promised to provide great visibility under a number of lighting conditions.

There is a dual core Qualcomm processor clocked at 1.2GHz along with an Adreno 305 GPU for graphics, and camera wise the device uses a five megapixel unit on the back with autofocus and LED flash. Internal memory is only 4GB but this can be expanded by a further 32GB via a microSD card, and the handset is powered by a 1,950 mAh battery unit.

Will you be getting the Huawei Ascend W1?