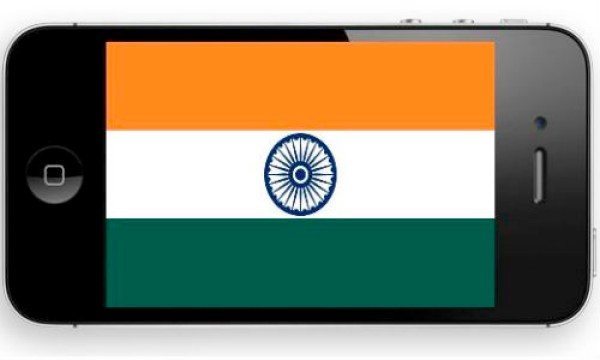 As we usually get plenty of comments on our posts about the smartphone market in India we know we have a good amount of readers in the country and at Phones Review we really appreciate this. In recent times Apple has begun to acknowledge the importance of India as a growing phone market and Apple is continuing its seduction of India’s iPhone market.

Apple has recognized that India is one of the world’s fastest growing markets and recently it has launched the iTunes store and Apple TV in India with the latter expected to arrive in stores in the next few weeks. There has also been some speculation about Apple retail stores being established in the country.

As well as this Apple has increased the amount of its employees in India to 170 people over the last six months, that’s an increase of 30%. The company is also offering no-interest loans to Indian customers on low incomes in a bid for more sales and is trying to introduce a firmer foothold over marketing in India to lessen its involvements with wireless carriers there.

All of these moves are no doubt paying off and it’s no coincidence surely that in the quarter to December Apple shipped over a quarter of a million iPhones to India, that’s more than three times the units shipped in the previous quarter. We also spoke recently about a much-rumored lower cost iPhone, with India being one of the markets where this would be expected to do well. This is because India is one of the markets were customers usually pay for the phone up front so a cheaper model would be much less to find in one go.

We’d like to hear from you if you are a reader in India. Are you pleased that Apple is taking an increasing interest in the phone market in your country and has acknowledged its growing influence? Are you already an iPhone user or would you consider becoming one? What do you think about the idea of a low-cost iPhone? Share your thoughts by letting us have your comments.