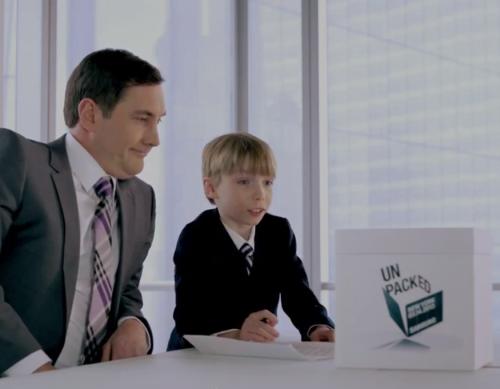 Arguably the biggest smartphone launch of the year will be taking place next week in New York where we will get to see the Samsung Galaxy S4, and like any major smartphone launch we get a variety of early leaks leading up to the event. Now a Galaxy S4 pre-release ad and possible confirmed specs for the handset emerge.

The specifications for the Galaxy S4 have long been rumoured with the main sticking point being the processor that will be found inside the device, which most recently pointed to two different chips being used. This has now seemingly been put to bed as a leaked AnTuTu benchmark test is showing the handset is in fact using the 8 core Samsung Exynos 5 Octa 5410 processor.

The tests show the handset using the chipset that is clocked at 1.8GHz that is paired with 2GB of RAM and a PowerVR SGX 544MP GPU, and it seems the processor will support GSM/WCDMA/LTE networks, which means there will only be one version of the Galaxy S4 so it will be a proper world handset.

This makes sense for Samsung as it should allow the company to launch the handset globally quicker, so US consumers may be among the first to get access to the device and the fact the new smartphone is being showcased in New York further strengthens this idea.

Other specs that the tests throw up include a Full HD 4.99-inch display with a 441ppi pixel density, and the handset will come running Android 4.2 Jelly Bean from the off. The main camera looks set to feature a 13-megapixel sensor that is now becoming the norm in the smartphone world taking over from 8-megapixel.

Samsung has also posted the first teaser ad for the Galaxy S4 that can be seen below, which doesn’t give much away but ends by saying to be continued so we can expect more ads before the launch event on March 14th.

Do you hope the Samsung Exynos 5 Octa processor is used inside the Galaxy S4?