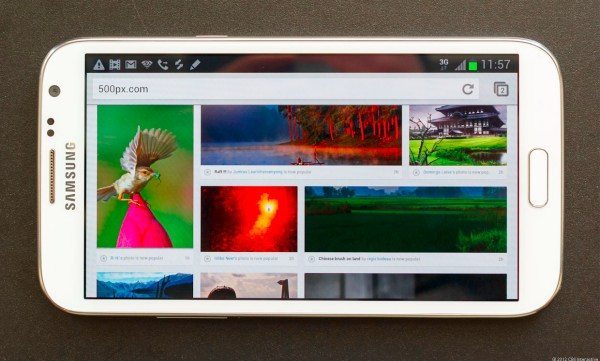 Are you the owner of a Samsung Galaxy Note 2 smartphone on T-Mobile USA? Maybe you’ve been waiting for an update to bring the joys of LTE connectivity to your device? Then we have some great news for you today as the Samsung Galaxy Note 2 on T-Mobile LTE OTA update is being pushed out from today so once the service is up and running where you are, you will have LTE speeds.

Regular readers may remember that back at the beginning of February we told how the Galaxy Note 2 would need a software update so that it could then support LTE connectivity and that T-Mobile had confirmed the update would arrive at some point. However at that time there was no indication of when that might be and so we are pleased to be able to tell you that some lucky owners of the T-Mobile Galaxy Note 2 will be the first to receive the update from today.

The OTA (over-the-air) update will activate the so-far dormant LTE radio inside the Galaxy Note 2 but don’t worry if you don’t receive notification of the update to your device straight away as usually these kinds of updates are rolled out over a few weeks. Those who receive the update won’t be able to benefit from LTE straight away, as so far it has only been soft-launched in Kansas City and Las Vegas.

Do you use a Galaxy Note 2 on T-Mobile? If so we’d be interested to know when the rollout starts to arrive with readers so do send us your comments about this.