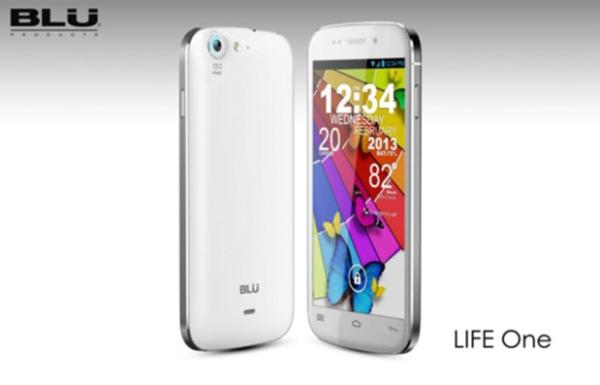 Not everyone can afford the latest smartphones from the likes of Apple and Samsung, but luckily on the Android platform at least, more affordable handsets are readily available, and now the BLU Life Series of handsets have been announced that have great specs at an affordable price.

Only last month the US based company revealed a number of handsets that are powered by the Tegra 3 processor, and now the company has revealed three new models that make up the Life Series of handsets.

All three of the handsets have the quad core MediaTek MT6589 processor clocked at 1.2GHz under the hood, with a PowerVR Series5XT GPU and 1GB of RAM, and another nice feature is that all three models will come running the Android 4.2 Jelly Bean operating system with dual SIM support.

The BLU Life View has a 5.7-inch IPS 720p touchscreen display with 257ppi pixel density, and also features a 12-megapixel camera on the back and a 5-megaipxiel on the front. There is 16GB of onboard storage that is expandable via a microSD card, and there is a 2600 mAh battery. With the handset priced at $299 unlocked.

Moving onto the BLU Life One that is going to be offered at the same price and features a 5-inch 720p IPS display offering 293ppi, and this handset has a 13-megapixel camera on the back and a 5-megapixel front facing shooter, with this also having 16GB of expandable memory with a 2000 mAh battery unit.

Last but by no means least is the BLU Life Play that also has a 720p display but at 4.7-inches with 312ppi, and this features an 8-megapixel rear facing camera with a 2-megapixel unit around the front. There is only 4GB of internal storage but this is again expandable and uses an 1800 mAh battery in a form factor only 7.9mm thick. This will cost $229 and the range is expected to reach various websites such as Amazon sometime next month.

Are you impressed with these latest handsets from BLU?