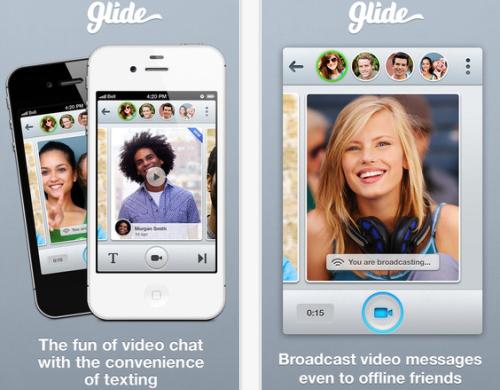 There are an ever growing number of ways that we can communicate with our family and friends, and this has been helped by the increasing use of smartphones. Today we have news of the Glide instant video messaging app that has been released for iOS with an Android version coming soon.

Earlier today we heard that the Facebook Messenger app in certain regions was getting access to WI-Fi calling, and now an application called Glide has been made available for iOS users to easily broadcast live video messages with other Facebook users.

While sending text messages is instant it can be less personal than a video message, but this is where this application comes in with videos broadcast the moment the record button is pressed. The message is also instantly saved to cloud storage for on demand viewing, so videos can be accessed at the most convenient time for the user.

Other features include easily video chat in large groups, low bandwidth means half the data is needed, videos stored in a cloud so won’t take up space on your mobile device, and much more. Users that have already been using the application have been giving it really positive reviews, and a version for the Android platform has been promised to be released soon.

To find out more and to download the free Glide – instant video messaging app head over to the App Store.

Have you used Glide yet?