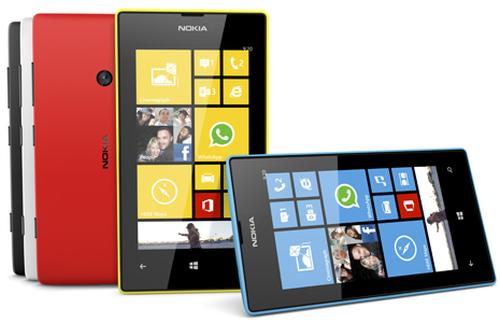 In the last few months Finnish smartphone manufacturer Nokia has been busy expanding its range of Windows Phone 8 handsets that offer more choice, especially when it comes to pricing. The Nokia Lumia 520 is the company’s entry level WP8 handset and pre-orders for the device have got off to a promising start in India, and some impressive sample photos have emerged taken by the device.

We have already heard that the device was set for release in the coming days in India with the slightly more expensive Lumia 720 due to arrive later this month. According to the guys over at WMPoweruser the handset has already reached second spot for pre-orders on retailer Flipkart.

This is not really surprising considering the handsets relatively low asking price for a device that still packs a number of worthy specifications. The handset is the most affordable smartphone in the Nokia Lumia range of WP8 devices, and it seems the bundled camera on the device offers users some impressive results.

Some images have been found by The Nokia Blog that have been uploaded to Flickr by a user going under the name of thai_gv, and features a number of different photos that have been taken by the Nokia Lumia 520.

For an entry level smartphone the images are pretty impressive and to recap the Lumia 520 features a 4-inch IPS LCD touchscreen display with a resolution of 800 x 480, which is powered by a dual core Qualcomm processor running at 1GHz. There is also 512MB of RAM, 8GB of on board storage expandable via microSD card, and that 5-megapixel rear camera.

Are you going to get the Nokia Lumia 520?