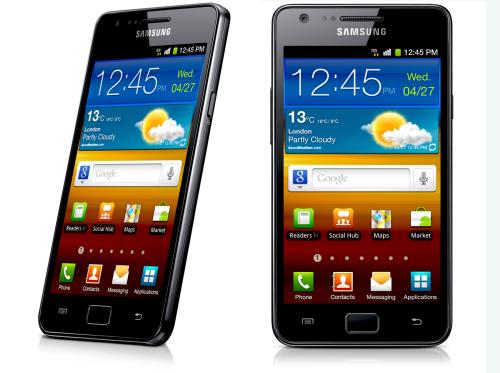 Samsung has certainly been busy in the last few months as away from developing new smartphones the company has been treating existing hardware to new versions of the Android mobile operating system, and today we have the news that the Galaxy S2 GT-I9100P joins the Jelly Bean 4.1.2 update party.

The company has already been pushing out the new software update to the GT-I9100G version of the Galaxy S2, which is the model that is powered by the Texas Instruments processor. Now though the Samsung Exynos version of the smartphone is starting to receive the new firmware, in what is a massive update for the device.

As always the update will be rolling out in phases and is dependent on individual carriers giving the software the OK, but will bring the biggest overhaul the handset has seen since it was first released back in 2011.

Along with new Android features such as Google Now and better performance thanks to Project Butter, there will also be the TouchWiz Nature UK first seen on the Galaxy S3. The update should arrive via an over the air update or by connecting to the Samsung KIES application.

The update will bring the handset up to Android 4.1.2 with a build number of JZO54K, and also feature new options such as Samsung’s S Cloud services, improved camera, 2 home screen modes, new Notification bar, and much more.

Has your Galaxy S2 GT-I9100P got the Android Jelly Bean update yet?