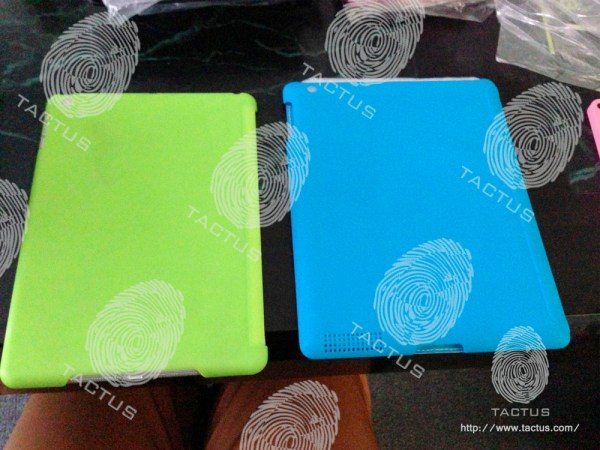 We’ve been following developments regarding the Apple iPad 5 although at this stage much of it is rumors and speculation. However some interesting news has emerged today via a leaked iPad 5 case mold, which shows a little more about the form factor but most intriguing is information with it that says Apple will be announcing the iPad 5 on June 18 with a release date of June 27.

Obviously none of this can be confirmed right now but occasionally these leaks do come up with accurate information and so there’s every chance this could be the real deal. There has been various speculation about an iPad 5 release and previously we heard of launch dates as early as March (came and went) while there was also speculation it may be unveiled at Apple’s WWDC in June (dates not yet confirmed).

However a few days ago we told of new reports about a slimmer and lighter form factor for the next iPad and the same source claimed the iPad 5 would be released in Q3 this year. The June 18 announcement could tie in with Apple’s WWDC event and usually if Apple reveals a new device at WWDC we would expect to see it released quite shortly afterwards so June 27 wouldn’t be out of the question and is just before Q3.

The new case mold that has turned up and claims to be for the iPad 5 came from the Far East and fits with the other recent rumors suggesting a slimmer, narrower iPad 5 with thin bezels. Other clues gleaned from the case mold are that the speakers look as though they will be positioned at the bottom of the iPad either side of the Lightning dock connector. In the image that you can see above the case mold in blue is for the iPad 2, 3 and 4 while the green mold to the left is allegedly for the iPad 5.

We’d really like to believe this leaked June 18 announcement date for the iPad 5 and of course that June 27 release date but we have to caution readers that this is unverified information. You can bet we’ll be following all of the developments about the iPad 5 though and will bring you more details as we hear further news.

What are your thoughts on a possible June release for the iPad 5? Are you hoping the thinner, lighter form factor leaks are also accurate? Let us know with your comments.