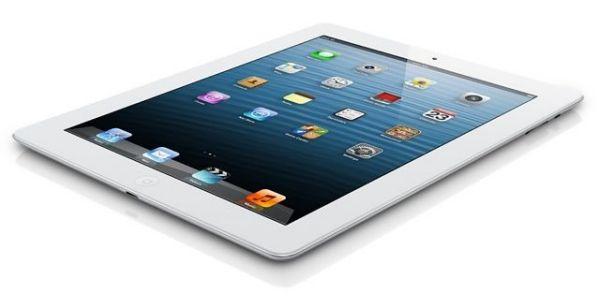 Apple is seeing growing competition in the tablet PC market as more consumers are favouring smaller sized tablets that are also cheaper, but the company is rumoured to be looking to produce a more compact full sized model with reports now suggesting the iPad 5 release could see a slimmer model using new display technology.

There have been reports recently that the company is going to base the new iPad 5 on the iPad mini with smaller bezels making the 9.7-inch device easier to hold, while offering a larger screen size compared to its smaller rivals. Now Cnet are reporting that the iPad 5 may feature a new LED backlight that would help the device to not only weigh less, but have a thinner design.

An email sent to the website by an analyst with NPD DisplaySearch is suggesting the company will be cutting the size of the LED backlight to help reduce the size of the device, and are also looking at other changes that will include a move to a film based touch sensor.

The changes are not nailed on and the company could also use Sharp’s IGZO displays that has been rumoured about before, and the technology from Sharp is currently used for smaller displays on products that are found on the Japanese market.

When Apple introduced the Retina Display to the iPad it meant that the last two models gained some weight along with a thicker form factor, and the same source is claiming the iPad 5 will be released at some point during the third quarter of 2013.

We heard recently that the company were supposedly having development issues that would see a delay in the release of the iPad mini 2 along with the iPhone 5S, and this could mean that Apple launch all of the new devices later in the year together with the release of iOS 7.