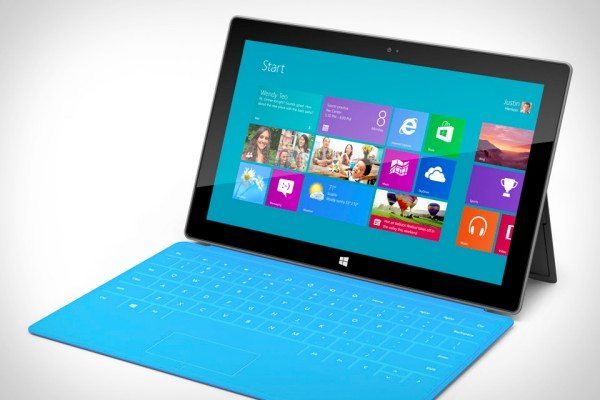 It doesn’t seem that long ago since the first Surface tablets released and we have now heard that Microsoft Surface 2nd generation tablets are now being prepped for June. Sources from the supply chain in Taiwan have stated that the new tablets will be announced at the Build Developer Conference from June 26 to 28.

It’s fair to say that the original Microsoft Surface didn’t exactly wow consumers and only achieved around half of the expected sales of 3 to 4 million so far. Sales of the Surface RT number around 1 million, with the Surface Pro achieving only half of that. Sources claim that Microsoft is producing 7 to 9-inch tablets in quantities of between 1.5 and 2 million units.

We recently told how smaller-sized 7 to 8-inch tablets such as the iPad mini and Google Nexus 7 are taking over the tablet market so this may be a wise move on Microsoft’s part. It’s also expected that Windows Blue (an update to Windows Phone) will launch at the Build Developer Conference. This should bring many improvements including the device being able to boot direct to the desktop.

As well as this we’re informed that the next wave of Microsoft Surface tablets will have Nvidia and Intel chipsets so it’s possible that Microsoft may use the Tegra 4. At present Microsoft is expanding sales of the existing Surface tablets to more regions including Malaysia, Mexico, Korea, Thailand and others. Therefore although Microsoft is being cautious over the initial production of the next-generation Surface tablet it will be hoping to revise those numbers upwards.

We’d like to know your thoughts on this news. Are you a fan of the current Microsoft Surface and look forward to what the next will have to offer? Maybe you think Microsoft would do better to give up on the Surface? Let us have your comments on this.