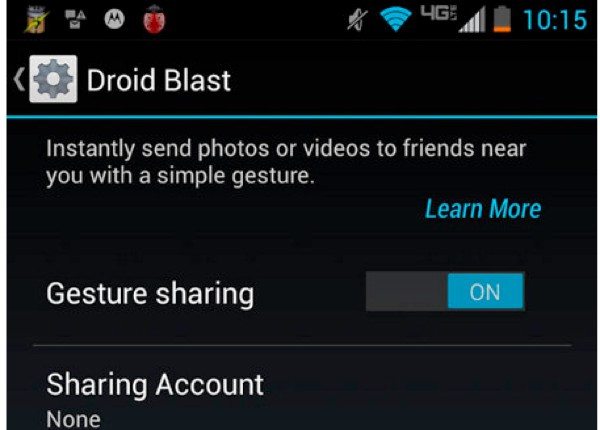 It was way back in January that we first heard rumors of a Motorola X Phone, a collaboration with Google and sometimes dubbed the Google X. We’ve been passing on information and leaks as we hear it about this device although nothing has been officially announced yet. Now we hear that the Motorola X may have a ‘mini me’ M version.

We’ve heard various leaked specs and features for the Motorola X including that it may be one of the first devices to launch with Android 5.0 Key Lime Pie. We’ve also seen a leaked image of a phone codenamed ‘Ghost’ that could be the Motorola X. The latest leak informs that the Motorola or Google X has been readied in two versions.

One of these is said to be have a 4.8-inch HD display, 2GB of RAM and is currently being tested running Android 4.2.2 Jelly Bean. The other will apparently be an M version, a smaller model of the phone similar to the idea of the Droid Razr and the Droid Razr M. The leak also mentions a new addition titled Droid Blast which apparently is a sharing feature for photos and videos that will be coming to the Motorola X.

Interestingly the leak, said to be from an “inside source,” also says that Verizon is set to be the first US carrier for the Motorola X. Although many Android enthusiasts were hoping for an introduction of the Motorola X at the Google I/O event that starts on May 15 we recently told how this doesn’t seem likely just yet. However that won’t stop us keeping our fingers crossed and of course we’ll inform you of any news on this as the event goes on.

Have you been following developments on the much-rumored Motorola X? What do you think about the possibility of a mini version? Send your comments to let us know.