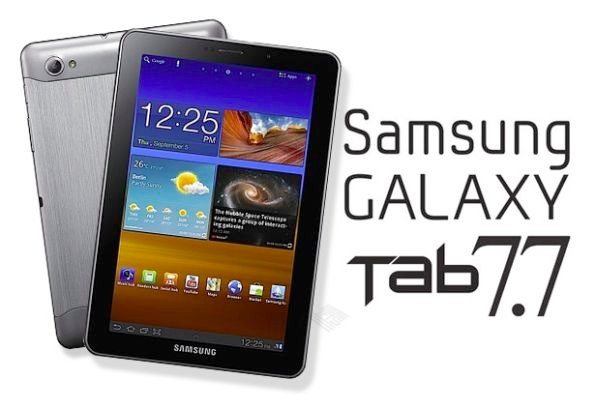 Samsung Galaxy Tab 7.7 tablet owners may have given up on the Jelly Bean update but we have good news today as we have just heard that the device with model number GT-P6800 is finally being treated to Android Jelly Bean update 4.1.2.

It was way back in March that we told how the 4.1 Jelly Bean update for the Galaxy Tab 7.7 had been delayed following reports that Samsung was having some problems with the update. It appeared the issue regarded some sort of difficulty with the Exynos processor not appearing to like Android Jelly Bean.

It was thought then that the update would not arrive until May or June although those in the US may have to wait further as stateside carriers are often late to release OS updates. Now we have heard that the Samsung Galaxy Tab 7.7 GT-P6800 update is now rolling out starting in Asia and this should be followed by the update arriving in other regions soon.

Galaxy Tab 7.7 owners will soon be receiving the delights of Android Jelly Bean then and hopefully if you have this device it will soon receive the update. This firmware update to Android 4.1.2 is available either OTA (over the air) or via Samsung’s KIES service. We’d really like to find out where the update has hit so far and follow its progress so we’d like to hear from readers on this.

If you have the Galaxy Tab 7.7 GT-P6800 we’d like to hear from you when your device receives this Jelly Bean 4.1.2 update. Let us know what you think of the update and which country you are in by sending your comments please.