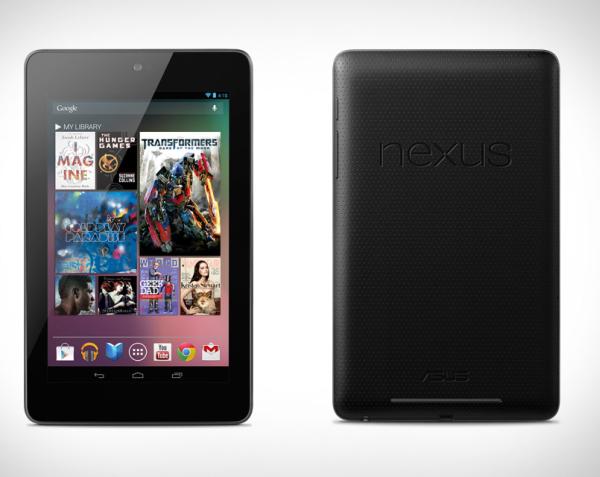 There was recently a lot of speculation that Google will be unveiling a new version of the popular Nexus 7 at its recent keynote speech but obviously the device didn’t emerge, but now it seems the device has possibly been seen in a Google video before any official launch.

Hardware wise all we got to see at the event was the Nexus version of the Galaxy S4, and other than that the keynote speech focussed on new software features and developer tools. The company has made significant changes to its Google+ offering and a video showcasing the Hangouts feature has appeared that seemingly shows a new version of the Nexus 7.

Once the short video reaches the 21 second mark you can see an iPhone 5 but to the left of this a 7-inch tablet can be seen, but this is not the Nexus 7 that we already know as a glowing notification light can clearly be seen.

The glowing and oscillating notification light could possibly mean a new version is just around the corner, and the company might have ditched its plans to showcase the device during its keynote speech to focus on its services and developer tools.

We have already heard similar suggestions for the white version of the Nexus 4 and the rumoured Android 4.3 Jelly Bean operating system. This device could quite easily be something entirely different but previous rumours for the new Nexus 7 have included a Full HD touchscreen display along with a Qualcomm quad core processor under the hood.

Check out the video and tell us what you think of the tablet seen.