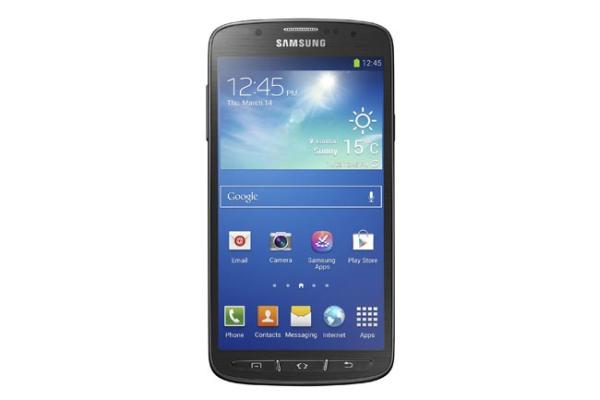 Soon after Samsung brought us the Galaxy S4 we started to hear numerous rumours about a number of other versions of the flagship device, and these rumours are beginning to come true as now the Samsung Galaxy S4 Active has been made official but it will see a restricted release initially.

We first heard talk of a rugged version of the Galaxy S4 back in April and today the company has now made the device official which is less than a week after they introduced the world to the S4 Mini. The handset is based on the main S4 handset but uses a 5-inch Full HD display of the TFT LCD variety instead of AMOLED.

The rear camera has an 8-megapixel sensor instead of the 13-megapixel unit found in the S4 but is still capable of Full HD video capture. Samsung has added a new Aqua Mode to the camera settings that will allow owners to take images and video while underwater, and the IP67 rating will allow the handset to be submerged in up to one meter of water for a maximum of thirty minutes.

There is a 2-megapixel unit placed on the front with the headphone jack also being made water resistant, and powering all this tech is an unnamed 1.9GHz quad core processor coupled with 2GB of RAM.

Storage wise the Galaxy S4 Active has 16GB internally but only has 11.25GB available to the user but there is the usual Samsung expansion option via a microSD card up to 64GB. Connectivity comes in the form of LTE, HSPA+, infrared, Wi-Fi a/b/g/n/ac, NFC, and Bluetooth 4.0 with the handset running Android 4.2.2 Jelly Bean.

There is a 2,600 mAh battery with the handset measuring 139.7mm x 71.3mm x 9.1 mm and weighing 151grams and will be offered in blue, grey, and orange colour options. The handset according to Samsung will be released at the beginning of the summer in the US and Sweden to begin with, and at the time of writing further availability or pricing has not been made available.

Will you be getting the Samsung Galaxy S4 Active?