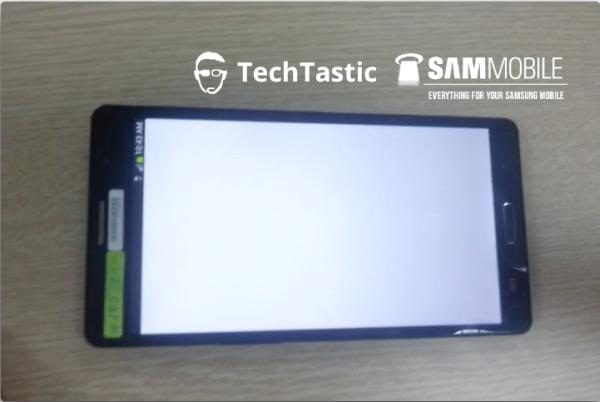 The anticipation for the next phablet device released by Samsung is growing all the time as we get to hear various rumours and speculation surrounding the handset, and now a supposed prototype of the Samsung Galaxy Note 3 has appeared that teases the new design for the device.

It is being claimed that the image that you can see on this page is an actual prototype of the upcoming Samsung Galaxy Note 3, and while this may not be the final design for the handset that is released to consumers, it could if accurate look pretty similar.

There has been a lot of speculation regarding the design for the next Galaxy Note phablet device, with talk the company could go down the same route as the HTC One with its aluminium build that was quickly questioned.

The Galaxy Note 3 should be unveiled at this year’s IFA 2013 event in September and is thought to feature a 5.99-inch Full HD touchscreen display, and as we heard previously the handset could be powered by the quad core Qualcomm Snapdragon 800 processor at least in some versions of the device.

Samsung has come under fire from some quarters recently for the so called repetitive design of its handsets, especially after the company revealed the Galaxy S4, but this hasn’t deterred fans of the company that are really looking forward to the Galaxy Note 3.

While the handset may have some stiffer competition this year it is doubtful rival handsets will sell as many units as the Samsung offering, and we can also expect to see some neat new features added to the Note 3 that should make the device standout from the crowd.

If this does become the final design of the Galaxy Note 3 will you be pleased with it?