Following on from our article looking at the iOS 7 beta 1 AirDrop features on iPhone 5 and the lack of AirDrop on iPhone 4S, we thought a quick post would be ideal with our battery life findings. Battery drain is something a few iPhone 4/4S users know very well and in most cases appeared after a new software update, so how did our iOS 7 beta installs perform in terms of battery life?

We noticed that the iPhone 4S was experiencing bad battery life and much faster drain after installing the iOS 7 beta, so we put this to the test and fully charged both the iPhone 5 and 4S. Then we made sure all settings were the same with all apps and windows closed in the background.

It is also worth noting that we fully charged both iPhones again and after using the iPhone 4S for just web browsing, the battery drained 5% in only 10 minutes. This certainly highlights major problems with iOS 7 beta on the iPhone 4S, but it could just be a bad install and this has happened before with iOS 6.

We have two usage screenshots below taken from the iPhone 5 and 4S running iOS 7 beta 1. These were taken before the above test and give a little insight into the differences between the two generations of iPhone running the same software. The first is the iPhone 5 and the battery percentage can be seen at the top right, and the second screenshot shows the iPhone 4S again with iOS 7 beta and with only 1% battery life left. 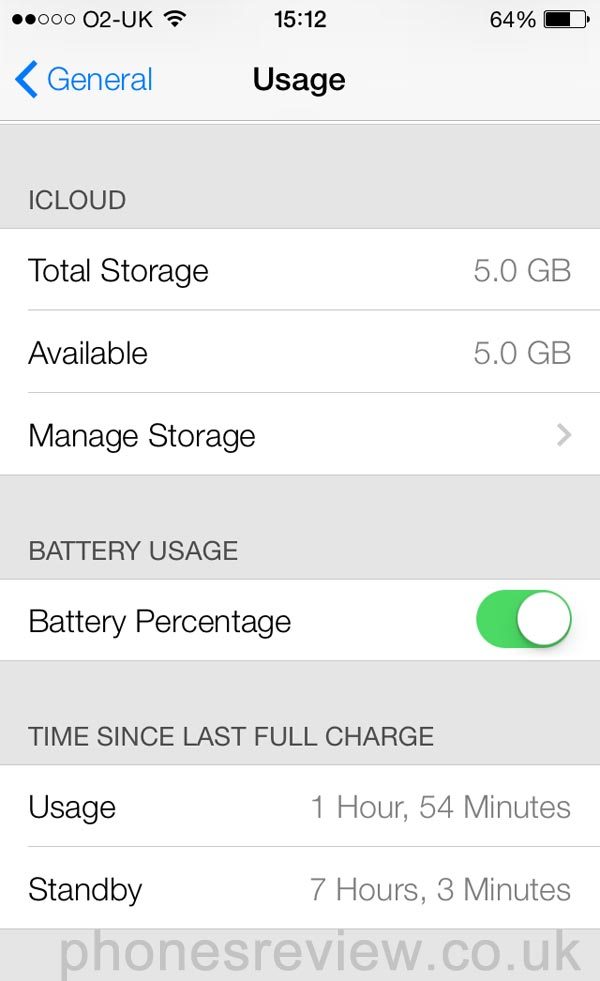 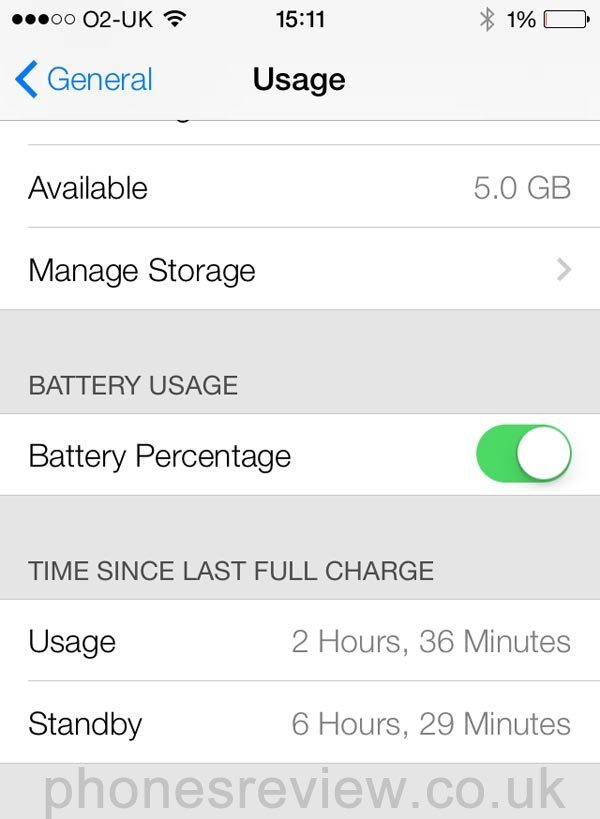 It is clear that the iPhone 5 vs. 4S battery life is far from equal in our initial tests, but keep connected to Phones Review as we update you within the next 24 hours with more details from our review. We want to find out if this is just a bad iPhone 4S install and how to fix the battery drain on iOS 7 beta 1.

Update: After a fresh install of iOS 7 beta 1 on the iPhone 4S, we used the phone for just web browsing for an hour and noticed a dramatic improvement on a clean install. This isn’t ideal for most users, so we will now restore the old backup and see if things are better after restoring from a fresh install. Again, bookmark this page and keep connected with Phones Review and our review of the first beta.