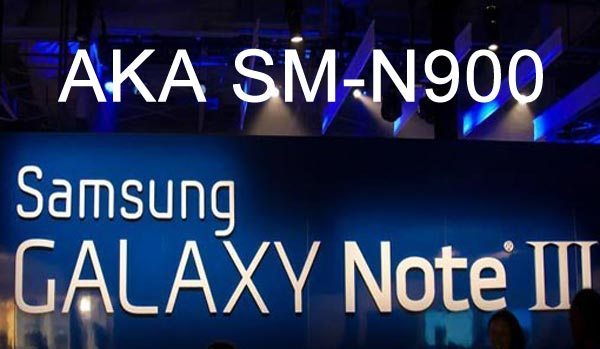 One thing has become ultra clear over the last few days and that is the internal model number for Samsung Galaxy Note 3. Without any official confirmation, it couldn’t get much clearer that SM-N900 is the model number for the Galaxy Note 3 and by following traces of this model you will find the likely specs before any release date is announced.

Earlier today we looked at two features that the majority of Samsung Galaxy Note 3 fans want, these were a removable battery and SD card, and this article also contained some details on the SM-N900 internal model number being listed on an official Samsung website although it was seen as SM-N900J.

Samsung removing traces of SM-N900 — watching evidence get removed is one sign you can always count on to prove something is real and shouldn’t have been published online. This has happened a lot for the Samsung Galaxy Note 3 over the last few weeks.

Traces of SM-N900 were removed from Samsung’s Global Download Center after technology blogs claimed this is the model for Galaxy Note 3, and this was a positive signal.

You might also remember seeing this page if you follow most Samsung Galaxy Note 3 news, which is the official Kazakhstan page for a special VIP-service. There was a listing on this page for SM-N900 as Galaxy Note 3 and this has since been removed, again highlighting Samsung doesn’t want this model number being referenced online towards an apparent Galaxy Note 3 launch model.

The SM-N900 model number has been listed with numerous other Samsung Galaxy Note 3 leaks for camera specs, design features, screenshots and more. Seeing traces removed from official Samsung websites once would be interesting, but a lot more than this starts to paint a clear picture.

In our opinion, the Samsung Galaxy Note 3 will be SM-N900 with maybe an additional letter or number. Keep connected to Phones Review as we aim to peace together the Galaxy Note 3 specs and features by tracking references to this model number.