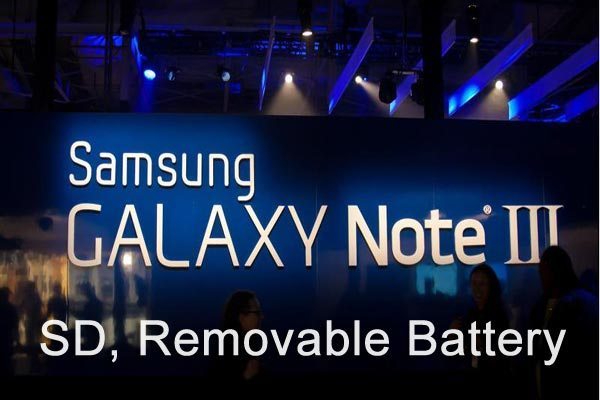 This week we heard a few Samsung Galaxy Note 3 rumors that focused on the handset being found in Samsung’s system, although the phablet has yet to receive a confirmed release date or any official specs. The latest Galaxy Note 3 news claimed that the handset was found on Samsung’s Global Download Center under the name SM-N900J, but at the time of writing this reference is nowhere to be found, so these rumors were either false or Samsung removed the listing considering it’s been a few days.

In June, we have reported a few details about the Samsung Galaxy Note 3 that have included the remote possibility of the new phablet arriving next week at an event in London, the favored choice of a Snapdragon 800 CPU and also a leaked image that some fans hoped is the Galaxy Note 3.

Most wanted Samsung Galaxy Note 3 features — there’s a long list of specs that Android users want to see launch with their favorite phablet, but top of most lists we have seen seems to be a removable battery and SD card. No matter the news or rumor, our readers keep coming back to these two features being a must on the Samsung’s upcoming Galaxy Note 3 that’s expected to launch around September. Please note the image above is just for reference.

We have seen countless comments in this regard with one example being, “Having a removable battery and SD card would be a deal breaker for me” and another Phones Review reader stated, “SD and removable battery a must on Note 3”. Others explain the Galaxy Note 3 might depend on “the demographic they target”. While we expect one of these features to be almost certain, we imagine most people will want both to be included.